Cameroon’s crime syndicate kills one of its own slowly 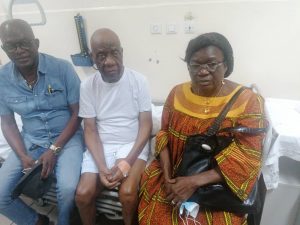 Another senior member of the ruling CPDM crime syndicate is about to leave the stage in pain and frustration.

Prof Mendo Ze is slowly but surely joining the list of prominent Biya acolytes who passed away in the Kondengui Maximum Security Prison in Yaoundé.

Mendo Ze will definitely also become the second Beti Ewondo baron after the late Ambassador Mendouga to die after being humiliated by a regime they gave their all to keep it in power.

Others such as Mouchipou Saidou came from other tribal extractions, but felt they were major shareholders in a crime syndicate that conducts itself as a crocodile that happily consumes its own eggs.

After Mendouga’s demise, there was a fierce tussle within the ruling CPDM over the legacy of those in Kondengui and Prof. Mendo Ze became the next on the list.

The Biya regime is now seeing the death of most renowned members while in power. The crime syndicate does not spare anybody. It is like a juggernaut that crushes anything in its path.

Greed has held CPDM militants together for decades and it is greed that is killing them one after the other.

The CPDM is like a cult or a drug. If you join it, then you are hooked for life. If you seek to sober up, then you will end up like Prof. Mendo Ze who has been obliged to rejuvenate.

His children will surely learn the hard lessons of greed that has reduced their father to a bag of bones.