Paul Biya remains one of the few “sit tight” leaders in Africa. He has been in power for close to 37 years. And at 86 years, he has not thought it wise to quit the political stage and make way for the younger generation. Who knows if he intends to die in office like the late Gnassingbe Eyadema of Togo or he is waiting for the military to topple his government as it was done to Robert Mugabe in Zimbabwe. Whatever his intention may be, power does not last forever. If he does not leave power, power will definitely leave him. 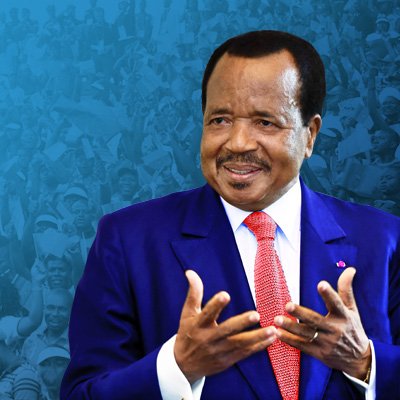 Because of the atrocities committed in the ongoing war in Southern Cameroon, the United States government has sanctioned Paul Biya’s regime. What these sanctions mean is that, 20 military personnel, civilians, and ministers cannot travel to the U.S. – they have been banned. Added to this, the US will also withdraw all promised aid and security programmes, including an offer to provide training to the Cameroonian military. Importantly, the US gives a total of 17 million dollars annually to the Cameroonian government as aid. All of this will be forfeited due to the sanctions.

Even though the United States government sanctions are coming late, it is a welcome development. Since the conflict started in 2016, Washington is the first foreign government to condemn Paul Biya’s regime with sanctions. And without any iota of doubt, these sanctions will affect the US-Cameroon relations but it may force Paul Biya’s regime to minimize the use of force in the Anglophone region.

Again, Yaoundé may want to be desperate to regain the favour of the white house, hence, it may release the detained opposition leader, Maurice Kamto, whose arrest and detention also contributed to the sanctions.

Now that the United States has sanctioned Paul Biya’s regime, it will be wise for the European Union (EU) including France to do the same in order to intensify the pressure and force Yaoundé to negotiate with the Ambazonia leaders. It will not make any sense if the EU especially France takes steps that will thwart the US sanctions or embolden Paul Biya’s regime to continue to perpetrate atrocities in Southern Cameroon.

As a matter of fact, no fewer than 2,000 people have died with another 170,000 displaced since the conflict began. Despite this, it is very shameful that no African country has suspended its relationship with Cameroon. Even Nigeria, the big brother of Africa, reportedly arrested and deported Julius Ayuk Tabe the self-declared president of Ambazonia in 2018.

And to worsen the matter, the African Union (AU) has not taken drastic steps to at least restrain Paul Biya from killing Southern Cameroonians and burning down villages even though it does not have the power to interfere in Cameroon’s domestic affairs. And I hope none of the African countries will give Cameroon a hand by the time the sanctions begin to bite her hard.

Everyone not the United States government must take a stand against Paul Biya’s regime until he negotiates with the separatist leaders.

‹ Biya is genocidal, aged, sick, senile and potentially in the evening of his life › Tension Over Purported U.S. Sanction Of Cameroonian Officials