Troops loyal to the Biya regime have reportedly seized the headquarters of the Cameroon Football Federation. Local media reports say the army supported by the national gendarmerie took control of the building some few hours after FIFA announced its decision appointing a normalization committee.

Cameroon Intelligence Report gathered that there is currently a huge police and gendarmerie presence at the headquarters of the Cameroon Football Federation, FECAFOOT at the Tsinga district in Yaoundé who arrived there aboard buses and military trucks. The soldiers immediately took control of the premises as the building was emptied of almost all of its usual occupants. 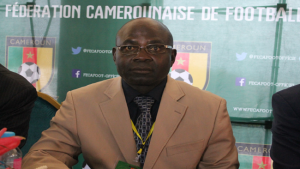 So since 6 pm on Wednesday, 23 August 2017, it is the police and the national gendarmerie that is ensuring that nothing goes out and enters the Fecafoot headquarters. French Cameroonians and a sea of President Biya surrogates are expecting a word from President Tombi A Roko and his peers whose elections of 2015 have been canceled.