President Sisiku Ayuk Tabe is willing to talk peace, but only with UN backing

Sisiku AyukTabe is due to appeal his life sentence in court in April. The leader of the bloody quest for an independent Ambazonia in Anglophone Cameroon told DW about his terms for dialogue with the regime in Yaounde. “It will be a shame for the international community to wait and come late, as was the case in Rwanda,” Sisiku AyukTabe told DW. The Ambazonian leader sounded the often repeated warning in a written reply to DW from his cell at Yaounde Principal Prison.

AyukTabe and nine members of his de facto cabinet had just heard from their lawyers that their appeal case was postponed to April 16.

A military court condemned the 10 men to life in prison for terrorism and incitement in August 2019. They had been among scores of separatists who were detained in a brutal crackdown by the regime of President Paul Biya.

The separatist movement, AyukTabe told DW, is open to dialogue but on condition that the regime in Yaounde is not at the forefront. A UN-backed mediation process is the only way forward. In 2017, secessionists declared the Anglophone parts of Cameroon, known also as Southern Cameroons, as an independent nation called Ambazonia

‘An issue of sovereignty’

“Southern Cameroons is fighting for a total and unconditional independence from Cameroon as opposed to the independence by joining [French Cameroon] to which we were lured by the United Nations and the Trusteeship System in 1961,” said AyukTabe.

Four years into the separatist struggle, Biya still sees the conflict as an internal matter. His national dialogue for peace was stillborn and his decision to grant ‘special status’ for the English-speaking North West and South West regions rejected.

“The Special Status as conceived by the regime of Cameroon’s president, Mr. Paul Biya, is clearly a joke in very bad taste,” said AyukTabe. Biya, he argues, is in no position to confer any status on any portion of the Anglophone regions.

The people of the region are united and determined to right the wrongs of an aborted independence process and to “restore their sovereignty,” he told DW. Political analyst John Ako agrees that Biya’s interventions to end the crisis to date are laughable at best. “Of what nature is the so called special status in Cameroon? A special status in reality including government officals is known as nothing. In fact there is no substance to the special status.”

In the meantime, the bloodshed has continued unabated. An accurate picture of the atrocities and the cost to human life in the Anglophone regions is hard to gauge. The UN puts death toll at 3,000 and the number of internally displaced people at more than 679,000.

In November 2016, lawyers and teachers in the region embarked on a series of street demonstrations to demand equal treatment.

Their civic action later morphed into frequent running gun battles between the military and separatist fighters. AyukTabe and his followers have been engaged in a full-scale armed separatist struggle since.

The bodies have been piling up and residents have been fleeing the most volatile parts of the Anglophone regions as Biya’s army tries to crush the movement. Some 60,000 of them have crossed the border into Nigeria. Over 855,000 children have been unable to attend school amid the fighting and tensions for several years.

AyukTabe insists that Biya must withdraw the military from the streets of the regions, free those who have been detained over the conflict. That, and engaging in talks mediated by the UN, would address the root causes of the crisis. 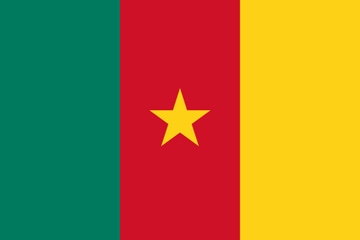 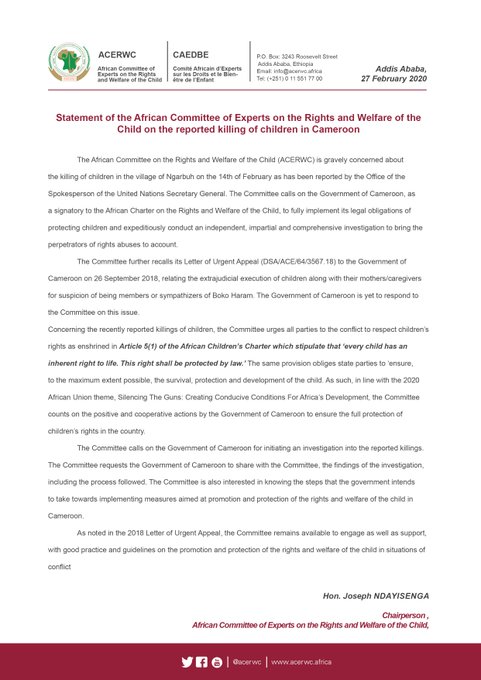 Separatists are arming up

Political analyst John Ako warns of the risk that fighting could escalate as separatist fighters, known locally as “Amba Boys” who started with Dane guns have now acquired sophisticated weaponry and experience.

“The days are getting darker because these boys have not only gained experience and formal training in neighboring countries, but are bringing sophisticated weapons too,” Ako told DW.

Human Rights Watch has reported that the armed separatists have committed untold atrocities in the Anglophone regions.  AyukTabe told DW that the perpetrators were militias who are sponsored by the Biya regime that wants to “demonize“ the separatist movement.

“The pace, intensity and gruesomeness of killings has accelerated in recent times. The presence of Ambazonian self-defence fighters is the only thing preventing the complete extermination of the civilian population in Southern Cameroons,” he said.

“For the very few self-defence fighters that were foolish enough to heed to Mr. Biya’s call and dropped their weapons, they have been subjected to torture, imprisonment and even summary execution.”

Ako says the question of which side is to blame is not that clear cut. “The Ambazonian soldiers are committing a lot of errors. If they miss their target and continue attacking civilians and civilian targets such as churches, markets, or schools, these are war crimes.”

Civilians in Cameroon caught up in separatist battle

In the separatist strongholds of Buea and Bamenda, many believe that the release of AyukTabe and other separatist leaders could signal a return to peace.

“Let them be released so people can get back to their normal lives because there has been a lot of suffering,” Sangtum Banabas, a 33-year-old commercial motorbike rider, told DW.

Tem Hycenth is sad that thousands have died in the Anglophone regions. He wants the two sides to the conflict to make peace for the sake of the people.

Taniform Jonas is of another opinion. “Cameroon has no judicial system. It is only Almighty God who will free the detained Ambazonia leaders. I pray that President Paul Biya pardons them so we can have peace again,” the 67-year-old said.

As Cameroon reports a rising number of coronavirus cases, concern is growing in the conflict-torn regions and many would like to see an end to conflict sooner rather than later, in order to deal with the outbreak.

Ayuk Tabe and the others were arrested in Nigeria in January 2018 and extradited under questionable circumstances. Around seven months later, at a nightlong trial in a military court in Yaounde, he and his co-accused were convicted and sentenced to life in prison. The 10 had asylum status in Nigeria at the time of their arrest.

AyukTabe and his de facto cabinet have appealed their conviction. The hearing is set for April 16, 2020 in the Yaounde Appeal Court. DW asked barristers what they thought of Ayuk Tabe’s pending appeal case. President Paul Biya is one of Africa’s longest-serving leaders

Defence lawyer Amungwa Tanyi Nico is sure that the verdict of the military court will ultimately be overturned. It has been a case that is “more political than judicial” being heard in “kangaroo courts,” he said.

“We’ve been putting our best as usual in order to get the public to understand that our people can never have justice here because at the court of first instance — the military tribunal  they were supposed to be freed. That court did not have the competence to try people with refugee status.”

But Julius Achu, a lawyer for the regime in cases against the separatists, believes the appeals court could amend the military court’s verdict. “The judges take the decision according to their consciences and the law,” he told DW. It is his view that releasing the separatists would have little effect if the fighters who hiding out in the bushes of the Anglophone region fail to disarm.

“There’s no government in this world that will ever accept that you take up arms and say we should separate and they accept to separate.”