“In Ambazonia 80 and 99 year old such as Biya, Ebong Ngolle and Chief Mukete will not be part of management”

Every Cameroonian government minister finds being a board chair in parastatals attractive. Only the leadership of the ruling CPDM crime syndicate understands the wisdom of a government appointing cabinet ministers as chairman board of directors of state-owned companies. There are reasons why Cameroon government ownership of parastatals is attractive to CPDM politicians but costly to the taxpayer.

Cameroon under President Biya is known to have generated several parastatal related millionaires overnight without any explanation on how they made their money. In many of the cases, Biya regime’s miraculous millionaires do not have any business; they simply become millionaires through their relationship with cabinet ministers or parastatals.

Being a member of government in Biya’s Cameroon is one thing and being appointed into ministries that are responsible for parastatals is another.  During the implementation of the IMF’s Structural Adjustment Program in Cameroon some two decades ago, veteran Cameroonian journalist, Ekinneh Agbaw-Ebai defined   Parastatals as companies that are owned by the public/tax paying citizens. 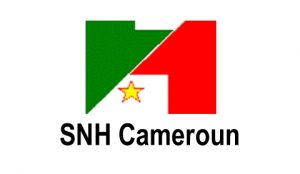 Frankly speaking, parastatals are organizations that are considered of significant strategic importance to the country or critical to the public but too unprofitable for a private company to invest in. Ever since Cameroon got the First Standby IMF Accord, questions have been asked about why the Biya regime is still holding on to parastatals when they are neither of strategic importance nor profitable. Some glaring examples that come to mind are the telephone companies such as CAMTEL, Intelcam, Cameroon Railway Company, CAMRAIL, CAMAIR-Co, CAMwater,  Chantier Naval  etc

The parastatal board (senior management team) is appointed by the Head of State, President Paul Biya. The CPDM law says decisions on how to spend money (including on tenders) is made by the parastatal board. However, the boards are not necessarily performance managed in terms of how much they improve shareholder value; they are considered ‘good’ if they are loyal to President Biya and play the CPDM ball. General Managers who come up with innovative ideas and strategies that represent the best interests of the taxpayer are sidelined because their ideas put the looter’s (CPDM baron) opportunities in jeopardy. That explains why Cameroon government ministers are very keen to ‘reshuffle’ the boards of parastatals soon after their appointments; they want to put ‘their people’ into the board – people who will do the minister’s bidding – people who do what the minister wants instead of what the public deserves. The internal wars currently going on at Camair-Co and Camwater tells it all.

Cameroon’s parastatals are costing the taxpayer a fortune and have contributed immensely to the national debt. They are unprofitable and do not represent value for money. In fact, in the case of Cameroon Airlines Company and the National Refinery Company, SONARA, the Cameroonian taxpayer’s money keeps pouring in as debt, and comes out on the other side in individual pockets. That is the reason why parastatals are the most heavily geared companies in the country – their debt outweighs equity.

But how are Cameroonian parastatals looted? If one follows the money, one can have a feel of where the money leaks out of these institutions. Two main looting opportunities are salaries and perks of the ‘boards’ and procurement/tenders. Salaries and perks are where executives are paid exorbitant salaries that are not commensurate with their responsibilities and performance. Needless to mention how much Communication Minister, Issa Tchiroma Bakary makes as board chair of CRTV,  the 99 year-old Senator Chief V.E. Mukete as chair of Intelcam or John Ebong Ngolle of SONARA

Procurement and tendering are other vehicles of looting. A minister running a ministry that oversees a parastatal and teleguides appointments into the board of the parastatal has a lot of say in how that parastatal award tenders. Like with Minister Edgard Alain Mebo Ngo’o of the Ministry of Transport, who by extrapolation is the board chairs of Camrail and Camair-co,  looting from tenders is generally done in three main ways; awarding tenders to cronies, inflating tender value in order to cream off the extra value or kickbacks or a combination of cronyism and inflated values. In all cases, the objectives are the same; steal from the citizens and benefit personally.

The cronies have also perfected the art of stealing; they make sure that they keep the ministers and the ruling CPDM party happy. They donate to the cause. The general manager of the National Hydro Carbon Company, SNH, Adolphe Modiki’s admission that he paid for the acquisition of a presidential jet for the head of state now known as the Albatross is just a tip of the iceberg.

President Paul Biya has in many occasions been alerted to financial scandals and he chooses to look away. There is a sea of high profile tenders in Cameroon parastatals awarded unprocedurally but nothing was done. That emboldens the looters and the vicious CPDM crime syndicate cycle goes on and the Cameroonian taxpayer continues to pay.

The Biya regime is even known to shun ‘foreign’ strategic investors particularly from the English speaking world because such investors are considered to stand in the way of the looting spree. We are not surprised to learn that internet providers are being told to switch off the internet in Southern Cameroons on a daily basis.

Any audit of all material tenders that have been awarded by Cameroonian parastatals would be interesting as we have seen at SONARA, CRTV, Chantier Naval, SIC, CNPS, FEICOM etc Who was awarded the tenders, did the tenders represent value for money for the taxpayer, whom are tender winners related to? An audit of those awarded tenders would even be more interesting as it gives insights into how they spend the money buying houses for girl friends and mistresses both at home and abroad. Like this writer had the rare experience of being in a flight from Douala to Brussels with the mistress and wife of a cabinet minister both of who were coming to do their nails and hair for a major reception at Unity Palace.

This is the Biya regime looting process in all Cameroon parastatals:

Citizens’ money is poured into parastatals such as SONARA, Camair-Co, Camwater

Ministers look away and parastatals run out of cash 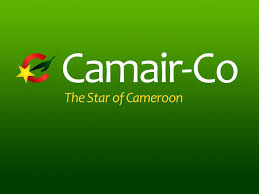 There is a fundamental corporate governance flaw in giving one person, President Biya, sole power of appointing boards of directors of parastatals. For transparency and accountability, such authority should lie with the National Assembly committee which would thoroughly scrutinise any deals.

Cameroonians including the Francophone soldiers, who are currently killing innocent Southern Cameroons citizens, strongly believes that at the centre of rebuilding Cameroon is good governance. There is no way good governance can prevail if a minister who knows very little about the ministry they run is given excessive powers to do as they please for as long as they keep the master, President Biya happy through looting of public assets.

The collapse of many parastatals that used to perform very well at independence such as National Produce Marketing Board, Cameroon Airlines, and Cameroon Shipping Lines was not accidental. It was a product of many years of Biya’s systematic and state-sanctioned looting, which continues to this day. There must be an end to this madness and the only way of achieving this is through separation and building a sound and solid Ambazonia State electing a proper and responsible government where 80 and 99 year old such as Ebong Ngolle and V.E.Mukete will not be part of management.