Germany: Africans queue in Mülheim an der Ruhr for the launch of Village’s beautiful kit

Africans flocked to Rotweis- Mülheim an der Ruhr, Winkhauser Weg 9, 45473, in a bid to get their hands on Village’s first ever kit since the group was created.

The Village strip, described as beautiful by Africans residing in the Nordrhein Westphalia region of Germany was launched on Sunday the 9th of June 2019.

The strip was a sold out, with Village leaders receiving more than 20 more orders immediately after it was released.

In the football encounter that followed the launch, the score was tied at the start of the game’s second half. The Nigerian and Ugandan ambassadors to Village were both getting so nervous!!  They were on their feet with the rest of the crowd including the Village ambassadors of Guinean and Sierra Leone, surrounded by a rowdy group of Village fans.

Just a few meters away from the VIP tribune, the coach and captain were also standing and cheering the veteran footballers.

Despite the intensely competitive game, the Village gathering demonstrated a show of African unity in Mulheim an der Ruhr and by extrapolation, Germany.

“It’s an important thing for us to do here in Mulheim, to make Africans happy and show that we are all one, wherever we are” noted the Guinean Ambassador Alfa Barry to Village.

“This is the only place we ever get to come together to have fun,” said Sheriff Bangura, the Sierra Leone Ambassador to Village.

Village has become a tradition that has attracted all from the nooks and crannies of the African continent. More importantly, the Ugandan ambassador Mpagi David who also moonlights as the Rock of Kampala (aka Ugandan Pepper) said the games offer a chance to better integrate new waves of African immigrants showing up in Germany.

“Village is a platform whereby we educate Africans to live a healthy life! We concentrate on the African community…trying to live as one people” the Nigerian ambassador Chairman Cyril Nwaturuocha told Camcord News 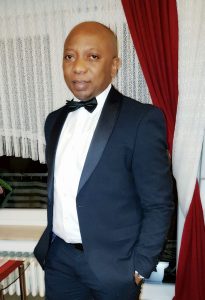