The event took place at the presidency in Abuja where 43 ministers – substantive and ministers of state, took their oaths. According to the list, President Buhari maintained his position as Petroleum Minister, a post he has held since 2015.

A number of appointees from the last cabinet maintained their portfolios among others, Chris Ngige (Labour and Employment), Geoffrey Onyeama (Foreign Affairs), Babatunde Raji Fashola (Works and Housing) and Abubakar Malami (Minister of Justice).

The Nigerian Senate vetted and passed all nominees and passed all of them for appointment. Senators postponed their annual recess for a week to screen the nominees. Out of the 43 appointees, seven of them were women.

The female appointees and their respective portfolios are as follows:

Buhari was re-elected in March but Nigeria has been without a cabinet since the ministers serving during his first term stepped down in May.

The gap led to a slowdown in investment and a near-halt in decision making, according to investors, contractors and diplomats. Buhari took about six months to form a cabinet at the start of his first term in 2015 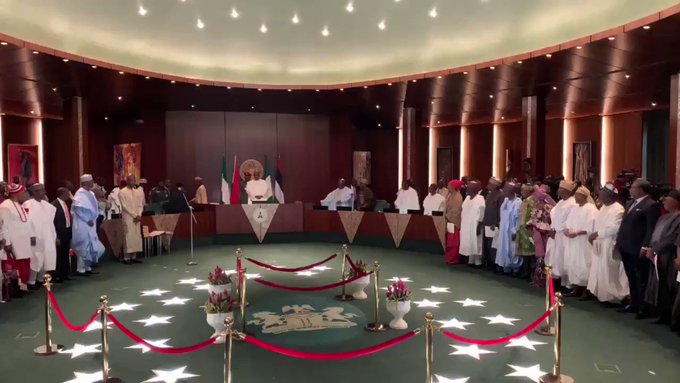 Race for Aso Rock: Almost all Nigerians say they don’t need another Biya in Africa