AFCON 2019: A Combined XI of the Best Players at This Summer’s Tournament

The Africa Cup of Nations kicks off on Friday 21 June with hosts Egypt hoping to add to their record seven titles. There will be an abundance of world-class talent on display from across Europe’s top leagues and beyond, as the best players from the continent compete for the continental crown.

Defending champions Cameroon face a tough test to defend their title and are way down on the bookies’ favourites behind the like of Nigeria, Ghana and Mohamed Salah’s Egypt.

Considering all the talent on display, here’s a best possible XI of the players on show at AFCON 2019. 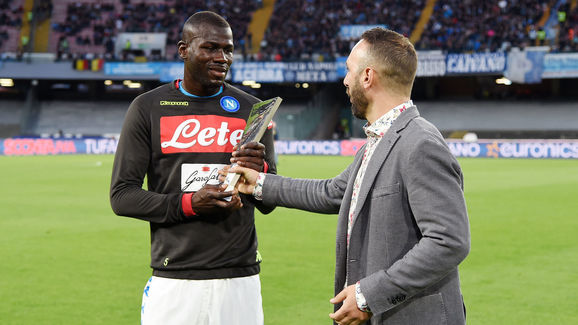 Andre Onana (GK, Cameroon) – The 23-year-old keeper shot to international fame this season, after starring in Ajax’s run to the Champions League semi-finals. He was named Cameroonian Footballer of the Year and African Goalkeeper of the Year in 2018, as well as claiming a spot in the Eredivisie Team of the Year 2018/19. Curiously, his cousin Fabrice Ondoa is also in the squad as another of Cameroon’s keepers.

Serge Aurier (RB, Ivory Coast) – The Tottenham full back was a part of the team that lifted the Africa Cup of Nations in 2015. He left Paris Saint-Germain for Spurs two years later in 2017, but isn’t exactly a fan favourite in north London and played just 17 times all season in 2018/19. However, he is still a top-level, experienced right back in the prime of his career at 26.

Kalidou Koulibaly (CB, Senegal) – The most high-profile defender at the tournament, ​Napoli’s ‘K2’ is often subject to much transfer speculation. This summer has been no different, with figures as high as £100m touted as his price tag, with Manchester United supposedly among his suitors. He was named Serie A’s best defender this season and has appeared in the league’s official team of the tear on three occasions.

Medhi Benatia (CB, Morocco) – Benatia has had a somewhat nomadic career but with clubs like Roma, ​Bayern Munich and ​Juventus under his belt, he’s one of the most experienced centre halves at the tournament. Alongside Hakimi and Wolves star Romain Saiss, Morocco have the pick of the tournament’s defences. Thomas Partey (CM, Ghana) – 26-year-old Partey is the quintessential Diego Simeone player, tough and relentlessly hard-working. A defensive midfielder with Atletico Madrid, he often plays a more advanced role for his country and has seven goals in 17 appearances, since his debut in 2016.

Naby Keita (CM, Guinea) – ​Keita’s big money move to ​Liverpool hasn’t exactly worked out as many expected just yet. However, he had begun to show glimpses of his best form before injury ruled him out of the Reds’ run-in. A dynamic all-action engine-room star, Keita made the Bundesliga Team of the Season in 2017 and the CAF Team of the Year in 2018.

Hakim Ziyech (CAM, Morocco) – One of many players to enhance their reputation in Ajax’s fabled Champions League run. There are a lot of clubs reportedly tracking his progress and he can add to a potential transfer fee with an outstanding performance at the tournament. Sadio Mane (LW, Senegal) – ​Mane is coming off the back of the best goalscoring form of his career, culminating in a Champions League crown and Premier League Golden Boot. There’s never been a better time for him to inspire his side to victory and add some international accolades to match his domestic form.

Mohamed Salah (CF, Egypt) – Not quite the one season wonder some rivals predicted, instead finishing as the Premier League joint top scorer alongside teammate Mane. ​Salah has had to move inside to accommodate the other forwards but with a staggering 71 goals in two seasons at Liverpool he is equally at home in a more central role.

Nicolas Pepe (RW, Ivory Coast) – Pepe is not quite a household name yet but he’s another in line for a big move following this tournament after a breakthrough campaign. Pepe’s 22 goals and 11 assists helped Lille to a second place finish last season. He could, in fact, be joining Salah and Mane at Liverpool next season if the latest rumours are to be believed. However, one of Europe’s other giants is more likely.

Africa Cup of Nations to take place as planned in Cameroon