British Prime Minister Theresa May has managed to survive a leadership challenge by gaining a confidence vote from her party.

May’s leadership of the Tory party was consolidated by a 200-117 vote after secret ballots were cast on Wednesday.

“The result of the ballot this evening is that the parliamentary party does have confidence,” announced Sir Graham Brady, the chairman of the 1922 Committee that oversees votes of no confidence in the UK leader.

The Conservative MPs’ support for May comes after she indicated that she would step down before the 2022 election. 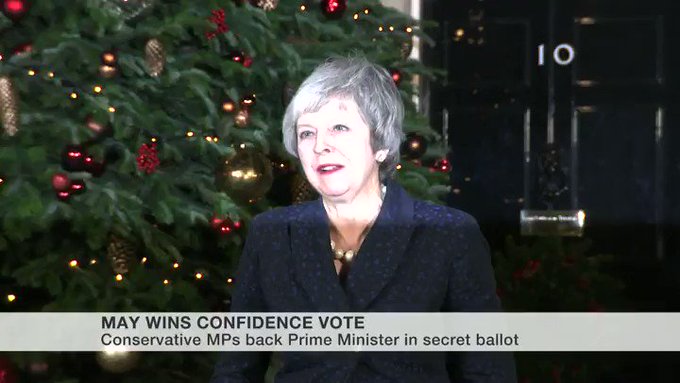 Addressing a packed meeting of the 1922 Committee of Tory backbenchers shortly before voting, May made it clear that she would step down before 2022 election, although her statement was met with doubt.

“She said that in her heart she would like to fight the 2022 election, but that she recognized the party did not want her to, and therefore it was not her intention to,” said the chair of the European Research Group of Brexiter backbenchers, Jacob Rees-Mogg. “But the word ‘intention’ is a classic politician’s word, because intentions can change.” 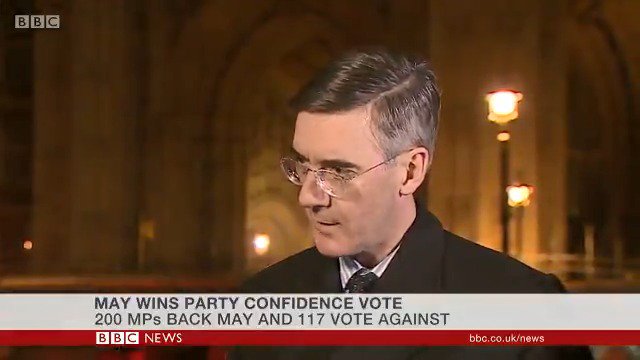 May’s intention had also been signaled by her spokesman earlier.

“She does not believe that this vote, today, is about who leads the Conservative party into the next election – it is about whether it is sensible to change the leader at this point in the Brexit negotiations.”

The British premier, who also cancelled a planned visit to Dublin on Wednesday afternoon, had asserted that she would fight “with everything I’ve got” to win the vote.

May has been criticized over her handling of Brexit and her refusal to allow parliament a vote on her plans to pull the UK out of the European Union.

She has been grappling with the Brexit deal for nearly three years, and now efforts to clinch a deal with the EU may be falling apart.

‹ Four dead, 43 injured in Ankara train crash › Ambazonians have created their own cryptocurrency