Italy has seen an explosion in racist attacks in recent months, and Interior Minister Matteo Salvini stands accused of inciting a climate of hatred with speeches on migrants. However, many argue the roots of the problem go much deeper.

Italy has seen a steady rise in increasingly severe racist violence. “There have been 33 assaults of a racist nature in the past two months,” Associate researcher at the University Paris 1 and noted historian Ludmila Acone told FRANCE 24.

“They have resulted in an impression that this behaviour is now tolerated. Previously these racist attacks caused outrage, but now they are just part of everyday life.”

However, racist events did recently hit the headlines after Italian athlete Daisy Osakue, who was born to Nigerian parents, was training for the European Championships when a motorist threw an egg at her in the northern city of Turin on July 30.

The assault resulted in the discus-thrower nearly losing her eye. The athlete was hospitalised with a corneal injury, and her participation in the championships in Berlin is now in question.

A deeply shocked Osakue posted pictures of her severely injured face to social media. For her, there is no doubt: she was targeted attacked because of the colour of her skin. 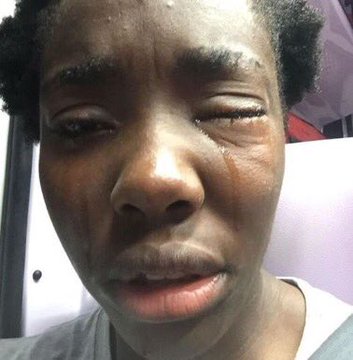 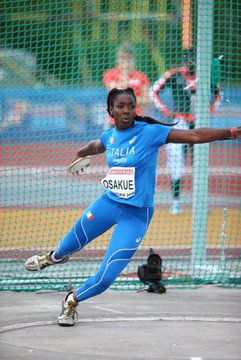 “I do not want to use the race or sexism card, but in my opinion they were looking for a black person,” she said.

However, in the wake of the Osakue scandal, Interior Minister Salvini argues that there has been no increase in racist acts in Italy.

But on the weekend in a small town south of Rome a Moroccan man was killed. The Moroccan was chased by a car of Italians who suspected him of being a thief. The man ran for his life, injuring himself in the process, and was ultimately beaten to death.

In the capital of Sicily, Palermo, a Senegalese man was also beaten-up to the cries of “dirty n***o”. And in February, a former candidate of the Northern League opened fire on a crowd Africans in Macerata in central Italy, injuring six people.

“Racism has exacerbated since Salvini came to power, but it has also been developed for a long time. Racist remarks are the norm in Italian football stadiums,” Professor of contemporary history at Paris 8 University and Italian citizen Marie-Anne Bonucci told FRANCE 24.

Researcher Acone says racism has been rampant in Italy for years and believes that in addition to the increase in racist language, there has also been a trivialisation of fascism dating back to the first government of ex-prime minister Silvio Berlusconi in 1994.

It has now reached the stage where even the rhetoric of infamous World War II Italian fascist Benito Mussolini is being used by Salvini.

Italian historian Bonucci also points out that until the middle of the twentieth century Italy was a land of emigration, and that it had not become a land of immigration until the 1980s.

Unlike France and many other European nations, Italy does not have an active anti-racism movement or associations.

“The Italians recently voted in a state of anger. With the economic crisis, the disadvantaged are furious. They are afraid of becoming more so. There is not only hatred against migrants, but also against pensioners and disabled people,” Bonucci told FRANCE 24.

But for Acone, “It is not going to change because there is now a kind of tolerance of this behaviour, the fundamental question is ultimately education.”