The United Nations has condemned the killing of more than 20 people in Ngar, Donga Mantung Division, Northwest region.

The victims, most of whom were children and pregnant women, were killed by Cameroon’s army soldiers who have been on a rampage over the last two weeks.

The United Nations humanitarian coordinator in the Northwest region has condemned the killings and has urged the Yaounde government to open an investigation into the killing of innocent civilians.

After killing the women and children, the military set their houses on fire, destroying every little property that was owned by the people. 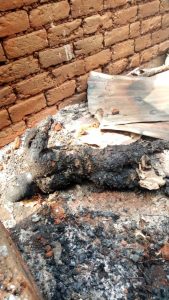 The killings have been orchestrated with the approval of the Northwest regional governor, Adolphe Lele L’Afrique and the army commanders in charge of military operations in the region.

Many people are wondering what children and pregnant women might have done for them to be killed by army soldiers who are supposed to be protecting them.

The Yaounde government has been using disproportionate force in the two English-speaking regions of the country in order to put an end to an insurgency that has lasted for almost 4 years. 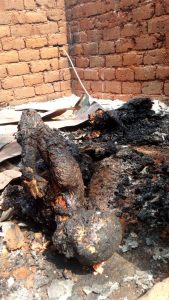 The country’s president, Paul Biya, had promised to use violent means to end the conflict in his end-of-year speech, and he has been as good as his word. He holds that committing such atrocities will strike fear in the minds of the local population and the fighters.

Despite calls by the international community for a peaceful resolution, including calls by the Pope, the Yaounde government has continued to hold that only military violence can put an end to the insurgency.

Key members of the president’s entourage such as the country’s higher education minister, Fame Ndongo, and defense minister, Joseph Beti Assomo, have successfully created a war economy which is lining their pockets.

These two ministers are working behind the scenes to ensure that the fighting does not end. Due to their intransigence and corruption, their names have appeared on a US list of people who are very likely to be sanctioned by the US government.

It should also be recalled that many people have been killed over the last month, especially in the run-up to the twin elections which took place on February 9, 2020; elections whose fairness and turnout were questionable, and whose results were already known even before the elections were organized.

The Southern Cameroons crisis which started in 2016 has already resulted in the deaths of over 5,000 people, most of whom are civilians and had nothing to do with the insurgency that is playing out in the two English-speaking regions of the country.