President Paul Biya has permitted systematic torture and killing of Southern Cameroons detainees in detention centers in French Cameroun, a practice described by the leadership of the Southern Cameroons Ambazonia Governing Council as amounting to crimes against humanity. 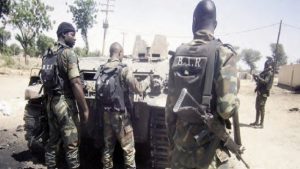 Cameroon Intelligence Report has been provided with evidence of how the Secretariat for Defense, SED developed an assembly line of serious abuse to collect information about suspected Anglophone activists and prepare often fabricated cases against them at the Yaoundé Military Tribunal.

Our undercover reporter gathered from a highly placed security official at SED that General Elokobi Danile Njock is just a figurehead and has no control of the happenings inside the SED detention bunkers. “Things have changed ever since Biya sent Jean Baptiste Bokam as our boss. We do unreasonable things here against Anglophones many of whom are brought here every day from Bamenda, Buea, Kumba and Mutengene.” 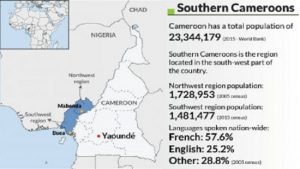 The Cameroon Anglophone Civil Society Consortium and the Southern Cameroons Ambazonia Governing Council have documented how French Cameroun forces, particularly officers of the Rapid Intervention Battalion, BIR use torture for forced confession or punishment on Ambazonians.

It is presently a common practice for French Cameroun prosecutors littered all over Southern Cameroons to typically ignore complaints of ill-treatment. The Francophone magistrates sometimes threaten Southern Cameroons detainees with torture. Evidently speaking, the widespread and systematic torture by French Cameroun forces probably amounts to a crime against humanity.

The leadership of the Southern Cameroons Ambazonia Governing Council has called on UN member states to investigate and prosecute French Cameroun officials accused of committing, ordering, or assisting torture in Southern Cameroons. The interim leader, His Excellency Sesekou Ayuk Tabe recently told some European governments and leaders that the Francophone government has been cracking down on Southern Cameroonians for over 56 years now.

French Cameroun authorities have arrested or charged probably at least 100 people, forcibly disappeared dozens, given long jail sentences to Southern Cameroons students for making a joke on Boko Haram and tried many Anglophones in military courts in Yaoundé.