Rev. Fr. Alexander Sob Nougi: A Priest of Joy of the Gospel

We of the Cameroon Concord News Group give thanks to God for the man and the priest that we have known and with whom we have worked and prayed over the years.  His sudden and untimely death leaves a huge void in all of our lives. In this soul-searching tribute Rev. Fr. Constant Leke, Pastor of St. Mariae Rosenkranz Mülheim an der Ruhr Germany speaks of the late Father Sob-the man and the priest.

The Bible declares in 1 Thessalonians 5:2 “For you are fully aware that the day of the Lord will come like a thief in the night.” The death of Rev. Fr. Alexander Sob yesterday the 20th of July in Muyuka made me contemplate a lot and finally compelled me to write this reflection. The Bible says death comes like a thief; which often makes us ponder over this aspect of death. Death is sudden, inevitable and we have to accept this well-known and universal fact. But how death comes is a question that we human beings need to ponder over, especially when we come across instances of sudden or untimely deaths. Unexpected or unseen deaths cause inconceivable misery and pain to family members, close relatives and near and dear ones, many of who are unable to come to terms with such sudden loss and rebuild their lives.

When death enfolds us in the form of accidents, I am sure, no one is prepared for it. But almost everyday we come across instances of precious lives being loss in accidents. People perish due to their own mistakes or pay with their lives for the mistakes of others. a small mistake or error of judgment may prove costly for self and for the lives of others. 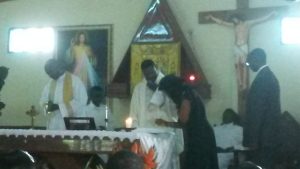 At this moment, I recall the sudden and unexpected death of Rev. Alexander Sob who was in his mid 40’s. In the context of the Anglophone Crisis or the Ambazonian War in the English Speaking region of Cameroon which started in November 2016 till present, many innocent people have lost their lives in mysterious, inexplicable and very fearful circumstances. As of now there is no end in sight for a quick resolution to this crisis or war. It is in this context that Rev. Fr. Alexander Sob died. As it was reported all over the social media yesterday evening, it is said he was killed by a stray bullet around Muyuka. What ever may be the true circumstances of his death we may never fully know due to the frightening situation at present in this region.   His demise has become a subject of discussion and many still keep wondering what could be the cause of his death. One can only term his unexpected death as “a call from God” and here too death came like a thief. It is a hard fact that he will not be with us anymore.

I am unable to come to terms with his death as I still have vivid memories of him for many years. I first met Rev. Fr. Alexander Sob in 1990 when I was admitted in Form One in bishop Rogan College, Small Soppo Buea. He was in High School at the time. Even though as a Form One Student, I had very little contact with him, but I could remark at that time that he was very intelligent and spoke very refined and articulated English Language. After I completed my Secondary School education in Bishop Rogan College and went to the University and later preceded to the Major Seminary Bambui in 2001, I met Fr. Alexander Sob who was already an Acolyte waiting to be ordained a Deacon. During the two years I spent with him in the Major Seminary I noticed that he was a very good singer and interested in Music. I noticed that he was a very assiduous student, self-effacing sociable and friendly. But what shocked me vividly was when the candidates for Diaconal ordination were on the line preparing to enter the Chapel to begin the Mass of Admission into Candidacy in June 2001 and he was removed from the line. That was the clear message that he was not to be ordained as Deacon that year. He was later on asked to discontinue formation. He then went to teach for some time n St. Joseph’s College Sasse where Fr. George Nkeze was Principal at the time. Then he later went and joined the Diocese of Obala where he was ordained as Deacon and later as Priest in the year 2003 and 2004 respectively. After serving as a Priest in the Diocese of Obala for about 5 years he then returned to the Diocese of Buea. He was appointed as Principal of Regina Pacis College in Mutengene. Later he served as Education Secretary of Buea Diocese after Rev. Fr. George Nkeze, Fr. Joseph Awoh and Fr. Willibroad Sakwe. He served in this capacity with all his energy until last year 2017 when he was appointed as the Parish Priest of the Sacred Heart Parish Bomaka.

In December 2017 I travelled to Buea-Cameroon for My mother’s 60th Birthday anniversary and the wedding of my younger brother from Canada. I was happily surprised to meet Fr. Alexander Sob in the Sacred Heart Parish Bomaka. He quickly recognized me when I came to the Parish to greet him and Rev. Fr. Wilson Mesue. He was so friendly and invited me to the dinning table. He immediately asked me to help in the Parish during my stay at our Family home in Bomaka. So I used to help to celebrate morning Masses and Sunday Masses both at the main Parish Station and Mission Station at Mile 18. During my stay there I discovered that he was a very simple Priest, so jovial, social, friendly, and very pastorally orientated.  His intelligence was manifested even in his common of the English language and his  results at his Masters Degree  and was presently undertaking a Doctorate program.  Concerning his pastoral work I also noticed that he used to visit homes of the old and sick to administer the Sacrament of the anointing of the sick to them. He even visited my Grand mum twice during my stay in Buea. My mother also told me he used to come regularly to pray and anoint my grand mother. I discovered that he had activated the Small Christian communities in the Parish and he even asked me to attend one of them and celebrate Mass with the Christians which I did. He invited me severally to visit with him and I noticed that while in the car he will stop everywhere to greet Christians and non-Christians alike. I also listened to a radio program he was doing. It is then I knew how he was loved in the Parish and how he was so popular in Buea and in the South West Region as a whole. To my greatest surprise when I was about to leave Cameroon I informed him and he decided himself to go and see me off at the Douala airport himself with his own car. This act of his touched me so much.

I returned to Cameroon in April 2018 to attend the funeral of my Aunt in Douala and to witness to the marriage of my uncle’s daughter. During my stay in Bomaka I was very much well received by Rev. Fr. Alexander Sob. He was just the same as I had met him in December. He asked me to help in the Parish during my two weeks stay. I remember the visit of Bishop Immanuel Bushu to the Parish to administer the Sacrament of Confirmation and the crowd he pulled. Fr. Alexander Sob was a real crowd puller. He could pull even ministers, seasoned Journalists and politicians to an event. He was a good organizer. That I witness first hand. 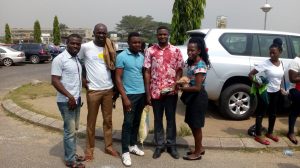 After my meeting Rev. Fr. Alexander in December 2017 and April 2018, I had to wipe out from my mind all the prejudices I had I heard from his many detractors. It taught me the lesson of never drawing conclusions about people whom I have no personal experience about. From my personal convictions I can say Rev. Fr. Alexander Sob was a good man and a good Priest. He will be greatly missed by his family members, friends, parishioners and his fellow Priests. There is an unsettling challenge to my understanding of what is meant by “a good Priest” as I pass that gentle assessment on most of our deceased Priests. It reminds me of personal unworthiness and how each of us can only do his best in ministry and leave all judgment to God.

Though none of us is permanent in this world, (Hebrews 13:14-16, “We have here no lasting city, but we look for one in the life to come”) it is not easy to accept the sudden death of such a person, especially the family members. None can understand the pain and the trauma of the close family members and friends. We can only console the family saying that though Rev. Fr. Alexander is dead and gone we will live with the fond memories of the little time he spent on this earth. In the case of Rev. Fr. Alexander Sob too death comes like a thief.

Oh how I wish you could proclaim with Saint Paul: “I have fought the good fight, I have finished the race, and I have kept the faith” (2 Timothy 4:7). My prayer is that you hear these words, “well done, good and faithful servant” (Matthew 25:23) from the lips of our Lord, God and Saviour Jesus Christ.