The referee of the memorable football encounter Cameroon-Argentina has said that he has no regrets sending off Kana Biyik and Massing Benjamin. Michel Vautrot in an interview with Cameroon Tribune published on Thursday, April 20, 2017, observed that the two red cards during the 1990 FIFA World Cup opener were in line with the rules and regulations provided by the football world governing body.

The French referee who officiated during the June 8, 1990 historic match revealed recently on the sidelines of the Montaigu tournament in France that the Cameroon-Argentina 1990 clash was not a match like the others. He pointed out that the Cameroonians put so much pressure on him during the game but he however had to respect the instructions given by FIFA.

“When there’s an opening game, FIFA asks us to set an example for the whole competition. I have no regrets. Perhaps in a “normal” match there would not have been two red cards. But, it was a strict application of the regulation for the competition. It would have been the same for any team not only Cameroon.”

The man who was nicknamed by Cameroonians of French expression as “Méchant Michel” meaning “Wicked Michel” described a rather warm reunion with Cameroonians after the events at San Siro Giuseppe Meazza stadium in Milan.

“I found myself in Cameroon in Douala because I missed my flight for a seminar in Bangui. I thought uh, I’m going to get lynched if they recognize me. I was all alone in the Douala airport where I was not supposed to be. I expected unpleasant words, threats. But the football fans who met me were passionate people and recounted the Milan history with a pure heart. I was very touched to find Roger Milla in Montaigu. We fell into each other’s arms.” 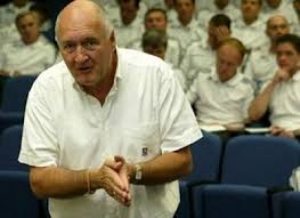