No one in both French Cameroun and the Federal Republic of Ambazonia expected the Southern Cameroons struggle to last this long or be this deadly, but after approximately 2,000 dead, 40,000 refugees in neighboring Nigeria and two years of unrest including 160,000 internally displaced persons, there is still no end in sight. While President Paul Biya’s brutal response is mostly to blame, the Southern Cameroon’s chronic failure to form a viable front against the French Cameroun regime has also allowed the conflict to drag on. And there are two anti-French Cameroun groups that are largely responsible for this dismal state of affairs: the ADF of Cho Ayaba and MoRISC of Boh Herbert.

The ADF and MoRISC have all along been hesitant to join the Interim Government under the leadership of the His Excellency Sisiku Ayuk Julius Tabe. The two obscure groups have nonetheless participated in conferences summoned by the Interim Government and have taken steps to form funny  fighting groups inside Southern Cameroons, attempting to recruit potential Ambazonian freedom fighters to destabilize the Ambazonia Self-Defense Council Restoration Forces.

As the idea of a unified Southern Cameroons liberation movement to lead the popular revolt gained momentum, Ayaba Cho of the ADF and Boh Herbert of MoRISC became more involved and for the wrong reason. A month after the election of Interim President Sisiku Ayuk Tabe to head the revolution and the resistance, the ADF and MoRISC organized scantily attended conferences denouncing the Interim Government. Ever since, the ADF and MoRISC have subsequently organized several forums that created opposition sentiments within the struggle and helping French Cameroun troops to exterminate hundreds of Southern Cameroons communities. All what the reckless and tactless Cho Ayaba and Boh Herbert are interested in, is to beef up their presence in political bodies of the Southern Cameroons resistance. 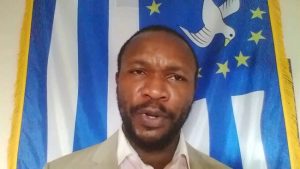 The Great Prof. Carlson Anyangwe remains the silent force that pushed for the creation of an exiled government to support the Southern Cameroons struggle.  His contributions continued to hatch, and a few months after, a conference in Nigeria formed the core of the Interim Government (IG), an umbrella group that ostensibly represented all Southern Cameroonians both in the Diaspora and on Ground Zero. The Interim Government set aside seats for both the ADF and MoRISC that were rejected and Boh and Ayaba declared that the IG was illegal. That position appears to be their common pattern till date.

Additionally, these two figures that have strong ties with the Biya regime via Minister Paul Atanga Nji have been airing out conflicting stance on the Southern Cameroons resistance. Recently, Boh Herbert launched a repeat of the radio program Cameroon Calling using the same pattern and style in French Cameroun’s CRTV leaving many in Europe to wonder if his intention is really genuine.

Cho Ayaba and his quest for leadership of the struggle became more pronounced when his ADF claimed every self-defense action that took place on ground zero. As we write, the remnants of the Cho Ayaba gang on ground zero are now terrorizing the people of Southern Cameroons they are suppose to be protecting and the big man himself who is extremely lacking in political and organizational finesse has lost control due to lack of funds. The Boh and Ayaba strategy is only helping Biya and French Cameroun army soldiers. The ADF arrest French Cameroonians collect money let them go scot-free but abduct Southern Cameroonians and kill them. This is pushing the local population away from the resistance.