“I do sincerely think the so-called consultative commission created by decree has any legal backing to require support from anyone with a sense of history and sound principles of constitutional law. If the provisions of the constitution safeguarding the bicultural, bijural and bilingual nature of the polity as illegally constituted have never been enforced, how a mere decree succeed where the constitution has failed?

It is commonsensical to expect reasonable people not to rejoice at further announced measures to eternal the cultural genocide of their own people. No Southern Cameroonian needs to be a member of the Consortium to know this self preservation wisdom.

It is also significant to know what this decree does. The decree through its multicultural proviso reduces our cause to that of ethnic groups in La Republique du Cameroun thus retaining the insulting language of the Isa Tchiromas, Fame Ndongos, Atanga Nji’s etc ridiculing our international status. Is that what is said to be celebrated? If true then it is unfortunate. Not worth all the blood spilt, detentions, crimes against humanity, genocide and other inhumane crimes.

We must therefore reject that weapon of cultural genocide against the Southern Cameroons. We must resist the oppressor with more intense ferocity. This struggle has gone way far above individuals. It is a people’s revolution. We either support it or fall by the wayside of history.” 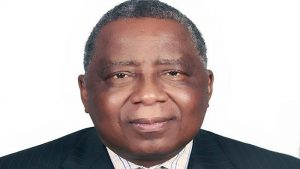 ‹ Reports: Barrister Bobga Harmony in US › British Prime Minister says days of US, UK intervening in sovereign countries are over