CRTV and the Mendo Ze trial: Shameful, Disgusting and Disgraceful

The Cameroon Radio and Television Cooperation, CRTV are yet to appoint a representative in the trial of its former general manager, Prof. Gervais Mendo Ze. Cameroon Intelligence Report gathered that there has been very little progress in the case involving the most prominent Francophone Beti-Ewondo elite who headed CRTV from 1988 to 2005.  Mendo Ze was sued for alleged misappropriation of 33 billion FCFA in coercion and more than nine months after the trial was opened, it still remains blocked. 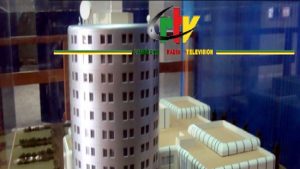 The first hearing in the Mendo Ze affair was held on the 8th of December 2015. At the start of proceedings, all parties were represented, except one— the representative of CRTV, the main victim in the case. The last hearing was postponed at the request of a legal team representing the state owned radio and television and nothing has ever since been heard from CRTV. However, the Ministry of Finance and Cameroon state prosecutors have always answered present in all court sessions.

Several of the accused have already been heard including the former Minister of Finance, Polycarpe Abah Abah. Mendo Ze continues to stay in Kondengui prison where he is detained since 12 November 2014. He was arrested and charged for three counts

1 Misappropriation of public funds in perpetration of nearly 17 billion CFA;

3 Misappropriation of public funds to individuals 600 million FCFA: The alleged embezzlement represents undue payments received during 2004, and linked to unjustified bonuses, development expenses of his office at the Ministry of Communication. With his co-accused, he pleaded not guilty. Two defendants, Etogo Mbezele and Alima Priso, passed away before the trial.

‹ Cardinal Tumi: God will ask President Biya, ‘how have you ruled Cameroonians that I entrusted to you?’ ‘. › After Slave Trade: Fuel too toxic for Europe sold to Africa