Buhari is heading a consortium of crime syndicates

Our senior political man Soter Tarh Agbaw-Ebai believes the African Union and ECOWAS including the United Nations are being “hypocritical” over the Southern Cameroons crisis, adding that it has failed to denounce President Buhari’s act of terror against the people of Ambazonia and their leadership.

Cameroon Intelligence Report:  You recently advocated the formation of “The 5th of January Movement” in Nigeria to condemn the abduction, that day, of Ambazonia leaders in Abuja, Nigeria. What will Southern Cameroonians as a people achieve through that venture?

Soter Tarh Agbaw-Ebai: Southern Cameroonians need to inform the Nigerian public opinion that they need a decent man in Aso Rock to move their nation forward. I think that the consequences of not holding President Buhari and his gang accountable for their conduct will be that, their criminal conduct will embolden criminal gangs in Nigeria and elsewhere in Africa to legitimize terrorism warfare as a legitimate means of settling problems of an economic and political nature.

Cameroon Intelligence Report:  Why should Nigerians be concerned about the Abuja incident?

Soter Tarh Agbaw-Ebai: Nigerians should and must be worried because abduction for ransom is already a critical law problem in Nigeria.  As I noted elsewhere, although formally outlawed in Nigeria, it is now an official government policy in the Buhari administration. The war against Boko Haram has brought Nigeria, French Cameroun and France together and provided Nigerian officials the opportunity to arrange the abduction of foreigners with their supposed Boko Haram partners in exchange for huge ransom money which they partition among themselves. The success of this business inspired the abduction of Southern Cameroons leaders for money. To be accurate, President Buhari is heading a consortium of crime syndicates with the support of men like Babagana and his DSS chief. 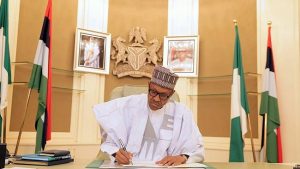 Cameroon Intelligence Report: Nigerians particularly those in the Diaspora have been reacting to some of the things you publish about the regime in Abuja and they are in support of the 5th of January Movement. What kind of message should the Interim Government of the Federal Republic of Ambazonia be selling to them?

Soter Tarh Agbaw-Ebai:  Southern Cameroonians should be telling Nigerians that history has retained that on the 5th of January 2018, Nigeria formally endorsed terrorism warfare by abducting the President of the Southern Cameroons/Ambazonia and members of the Interim Government of the Federal Republic of Ambazonia who were legally in Nigeria under the protection of International Law. Nigerians should get rid of this dangerous regime that has been widely condemned for resorting to this criminal conduct in abducting the Ambazonia leaders. By relying on terrorist means, the Buhari administration committed crimes against the international community and the international peace and security value system which is jealously guarded and protected by the collective conscience of humanity. These values are protected by the international multilateral treaty regime and Rome Statute which Nigeria subscribed to and become a state party to.

Cameroon Intelligence Report: President Buhari comes across as a man of action and a great leader needed to keep the Nigerian federation together.

Soter Tarh Agbaw-Ebai: That is an inaccurate stereotype. Buhari has willfully transformed Nigerian territory and the Gulf of Guinea into a terrorist paradise at the service of criminal bands holding on to political power through corruption and other criminal means. His silence over the killings currently going on in Southern Cameroons, Togo and Equatorial Guinea justifies his strategy of terrorism warfare aimed at abducting, killing and disappearing civilian leaders for political and economic benefits. If Buhari and the APC get another mandate their terrorism warfare will surely be emulated and applied with great efficiency within the sub region and beyond.

Soter Tarh Agbaw-Ebai   The pecuniary motivations for the abductions, the use of terrorism warfare to carry out the operation in attempts to evade the scrutiny of legitimate government security and intelligence operatives, points to the existence of a Fulani parallel command structures outside the constitutional structures of the Nigerian nation.

Cameroon Intelligence Report: There is a kind of deliberate silence from the international community concerning Ambazoniagate

Soter Tarh Agbaw-Ebai: President Buhari’s action has rendered the Deputy Secretary General of the United Nations, Amina J. Mohammed useless and worthless. For Amina Mohammed to gain back her reputation, she has to place the abduction of the Southern Cameroons leaders in Abuja on the 5th of January 2018 as a UN top priority. Madam Amina J. Mohammed must therefore elicit an appropriate response from the UN Security Council.  The 5th of January Movement will mobilize Nigerians and people of good will worldwide to mount a sustained campaign against the new criminal system of terrorism warfare that was launched by Buhari in Abuja through the abduction and disappearance of Ambazonia leaders. This is not just an Ambazonia problem. It is a problem of humanity at large. If nothing is done then a few months from now, several civilian leaders in all walks of life, in commerce and industry, in politics, religion, civil administration etc will become legitimate targets of abductions for all manner of political and pecuniary interest.  President Buhari must therefore be forced to produce and release Ambazonia leaders forthwith. 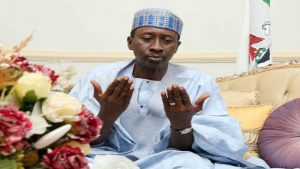 Cameroon Intelligence Report: We understand the UN Deputy Secretary General was in Abuja and held a discussion with President Buhari on the Ambazonia leaders.

Soter Tarh Agbaw-Ebai: We have not seen Madam Amina J Mohammed, the Deputy UN Secretary General sitting at the UN crying for Southern Cameroons children, the international community has taken a very hypocritical stance on the crisis in Southern Cameroons, we only hear about taking action when it comes to a country or nation that the French or the European Union wants to topple or wants to change the president or leader of that country or policies of that country like in Libya or the Gambia. Mrs Amina and the President Biya acolyte from Chad now heading the African Union have turn a blind eye on the apartheid system put in place in Southern Cameroons by the Biya regime where children and teens are left to defend their homes.

For your information, the Southern Cameroons children have become the icons of resistance around the African continent because they are left alone to defend their homes from armed soldiers from La Republique du Cameroun and it is about time that Nigerians should stand up for what is happening in Southern Cameroons. Today, Babagana is telling the world that President Buhari will not allow Nigerian territory to be use to destabilize Cameroon. If you are taking any message back to Mr. Babagana kindly inform him that President Buhari in his first administration provided shelter and financial resources to his Fulani kinsmen headed by Bello Bouba Maigari who attempted to topple the Biya regime in 1984.

Cameroon Intelligence Report: Thank you Mr. Chairman for sharing your insight with us

Race for Aso Rock: Almost all Nigerians say they don’t need another Biya in Africa