The leader praised the people of Southern Cameroons for their bravery in resisting the onslaught launched by the Biya Francophone regime and announced that Southern Cameroonian mothers will be staging a massive demonstration in all Southern Cameroons Counties this month. “We are disappointed with men like Chief Dr. Dion Ngute and Chief Tabe Tando including Prof. Elvis Ngolle Ngolle who are watching their own children being raped and killed and are going around the world saying all is fine in Southern Cameroons,” Ayuk Tabe said. “Southern Cameroonians are certainly up for an agreement with La Republique in the presence of a credible third party.” 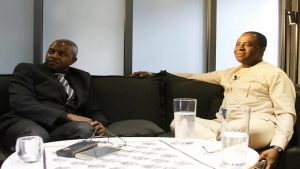