A United Kingdom Member Parliament has stressed the need for Cameroon to adopt dialogue to resolve unrest in the Anglophone region.

Harriet Baldwin of West Worchestershire who doubles as a Minister of State at the Foreign and Commonwealth Office (FCO) made the call after a trip to Cameroon.

The trip afforded her the opportunity to meet with a number of stakeholders in the restive region especially in the southwest capital of Buea.

“Important visit to Buea in South West Anglophone region hearing from local people about the impact of the ongoing dispute and the urgent need for dialogue,” she said in a tweet accompanied by a photo of a meeting of leaders in Buea.

Some other work she did had to do with environment conservation and the opening of an educational facility. 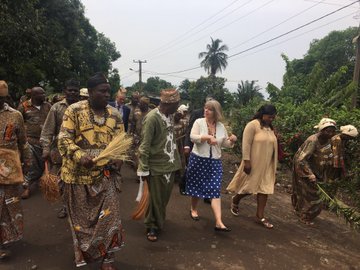 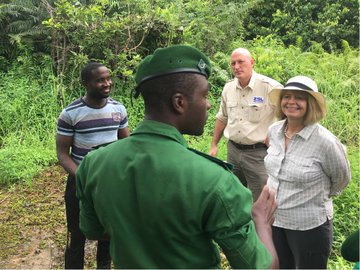 The U.K. has been at the forefront of calls for Cameroon to adopt dialogue to solve the Anglophone crisis. The Commonwealth Secretary-General Patricia Scotland in December 2017 visited Cameroon where she held talks with the government and other stakeholders.

The Central African country is currently suffering from an armed insurgency in its English – speaking regions – Northwest and Southwest, in what has become known as the ‘Anglophone crisis.’

Addressing a cross-section of political and diplomatic actors over lunch, Scotland said “Cameroon is renowned for its tradition of peaceful and harmonious interactions. So it is with great sadness that we see it in challenging times.

“However, as the Commonwealth family, we will do everything we can to preserve the unity and peaceful existence of any member of the family. As we all know, friction and division will not enhance the ability to deliver the peace that each and every one of Cameroon’s citizen wants.

“I therefore encourage Cameroonians from all walks of life to embrace peace, unity and resolve any differences through peaceful dialogue,” the Secretary-General concluded.

Cameroon joined the Commonwealth in 1995 even though it has a dominant French population. It is also part of the International Organization of La Francophonie (OIF) – the French equivalent of Commonwealth led by France.