A former White House official says she was offered $15,000 a month in exchange for silence after stopping to work for US President Donald Trump.

“Hush money” claims in a book by Omarosa Onee Manigault-Newman were met by counselor to the president, Kellyanne Conway, on Sunday, asserting that nondisclosure agreements are quite common.

Omarosa, who served as communications director for the White House Office of Public Liaison, also released a recording of her firing by White House Chief of Staff John Kelly.

In an interview with NBC, she admitted that she had been “used” by Trump like a “frog in hot water.” 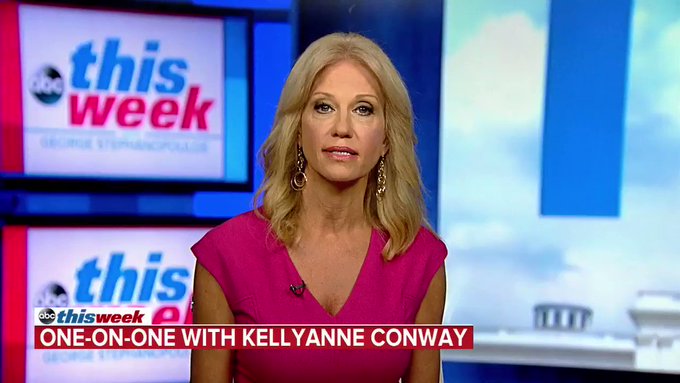 Conway tried to make the idea of “hush money” sound like a normal procedure in an interview on ABC.

“It is typical, and you know it, to sign an NDA … in any place of work… I’d be shocked if you didn’t have one” Conway said. “I’m told she signed them when she was on ‘The Apprentice,’ certainly at the campaign. We’ve all signed them in the West Wing… And why wouldn’t we?”

According to Omarosa, she was given the job at the Trump campaign after signing a restrictive yet lucrative contract.

“That’s not hush money,” Conway said. “Everybody signs an NDA. It sounds like she didn’t want to sign it and didn’t want to go back to the campaign because she had a book on her mind.”

The former TV show Apprentice contestant noted that, at the campaign, “they were not offering a real job… I could work from home if I even wanted to work.”

Meeting with supporters at his golf club in New Jersey earlier, Trump called Omarosa a “low-life.”

White House press secretary Sarah Huckabee Sanders said in a statement Sunday that the “very idea a staff member would sneak a recording device into the White House Situation Room, shows a blatant disregard for our national security.”

“And then to brag about it on national television further proves the lack of character and integrity of this disgruntled former White House employee,” she continued.