After a chaotic 2016-2017 academic year with a catastrophic aftermath due to the Southern Cameroons revolution, the Francophone government is hoping for a return to normal this Monday, 04 September 2017.

Cameroon Intelligence Report learned that the two French Cameroun members of government made the trip to officially launch the school year 2017-2018 today Monday 04 September 2017 day of back to school. 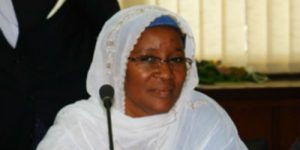 This choice is far from being merely symbolic. It is moreover a question of saving the academic institutions in the entire Southern Cameroons that have been closed for eleven months because of the Anglophone crisis. We understands a large number will remain closed.

The last academic year was a disaster with a catastrophic record in terms of results, notably the examinations of the English subsystem, whose success rate recorded a free fall from 61% in 2016 to 29% this year 2017.

It should be noted that some of the schools that attempted during the holidays period to organise catch up classes were burned down. These acts of pyromania are attributed to the activists of the Anglophone crisis.

The release last Friday of the leaders of the Cameroon Anglophone Civil Society imprisoned for eight months in Yaoundé is seen as a positive sign for dialogue to begin.