Earlier before Cameroon slithered into the Southern Cameroons crisis and a recession, some pro Biya acolytes opined that the 85 year old dictator was the best thing to happen to Cameroon after the victory over Argentina in the 1990 FIFA World Cup in Italy. The leadership of the consortium of CPDM crime syndicates had even started a build-up to the 2018 presidential election with motions of support that called on Mr. Biya to run for president.

The CPDM gang painted an ecclesiastical picture of Paul Biya which was even supported by the Christian and Muslims Churches. President Biya was sculpted as pregnant with wisdom, stoic, firm, and very competent. Even before the victory in the Africa Cup of Nations in Gabon by the Indomitable Lions, it was clear that, no Cameroonian opposition leader including Fru Ndi and Maurice Kamto stand a chance of winning the 2018 presidential election. 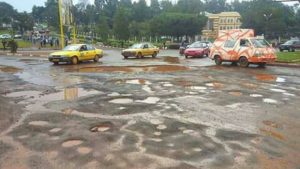 Paul Biya was a god; a mystery! Biya was the reformer and the archetype of integrity. When the regime’s Special Criminal Court began cracking down on some officials who were fed up with Biya’s continued stay in power, a miscellany of Cameroonians both Francophones and Anglophones broke out into rapturous celebrations. Yes, the anti-corruption generalissimo is now in charge. Or as Issa Tchiroma, the so-called Cameroon government spokesman, put it “a new sheriff is in Yaoundé”.

In the blitz of ecstasy, some CRTV influencers trended a catchword, “Épervier”. The reality of Biya’s incompetence has now hit Cameroonians like a pie in the face. Biya has squandered 35 years in our nation’s history with nothing to show for and recently the French Cameroun dictator has wasted 11 months without resolving the Anglophone crisis. This is unprecedented and many Cameroonians of goodwill are disappointed. 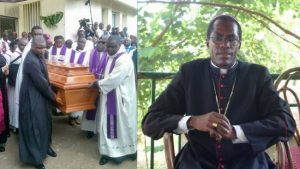 However, there are Cameroonians who still reposed some modicum of hope in the president. They have given him the benefit of the doubt nonetheless. Cameroon is wobbling from one crisis to another; Boko Haram Camerounaise, armed groups infiltrating from the Central African Republic, Southern Cameroons quest for independence, the race to succeed Biya and a recession. There is one small thing, small but great-the 2019 Africa Cup of Nations to be staged in Cameroon. Added to this difficult situation is an army that is slowly but surely losing faith in its commander-in-chief. 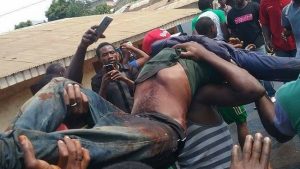 The Biya Francophone Beti Ewondo administration has throttled into its factory of wiles and manufactured excuses. It has blamed some senior officials of the administration for all the challenges and failures and jailed many including a former Prime Minister and an ambassador to the USA. It owned up to nothing. Even the failure to fully construct sporting infrastructure to host the Africa Cup of Nations in 2019 is now being blamed on the new president of the Confederation of African Football, Ahmad Ahmad. We of Cameroon Intelligence Report are sure that the Biya regime must have thought about blaming the current economic crisis and the recent army mutiny in the Far North region on the leadership of the Cameroon Anglophone Civil Society Consortium as well.

Companies are closing down, hundreds if not thousands of workers are being layoff, inflation rate has ballooned, unemployment level soared and the reputation of the General Certificate of Education, (GCE) in Cameroon has been completely and totally destroyed. By some strange happenstance, the Biya government has kept on manufacturing excuses for its naked incompetence. It is now 35 years since Paul Biya became president. But what achievement has Biya and his ruling CPDM crime syndicate recorded? The only thing we hear from the president after 35 years in office is that Boko Haram has been technically defeated. But the Nigerian Islamic sect keeps springing summer surprises on the Cameroonian army. 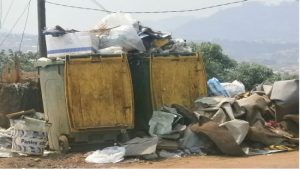 We agree with the interim leader of the Southern Cameroons Governing Council, Sesekou Ayuk Tabe that West Cameroon has not made any progress since October 1962 and there is just no sign of progress anywhere when they (French Cameroun political elites) cannot even develop their own regions. Biya is not the savior but a political disaster that has been around for the last 35 years. He and his men have made our military to remain a tool of impunity. There is nothing civil or humane about the Francophone dominated army, police and gendarmerie. It remains a relic of brutality and corruption. Biya should go and go now.

To this I put my name
Soter Tarh Agbaw-Ebai

May 20: Will Mr. Biya be back before the celebrations?