US President Donald Trump and North Korea leader Kim Jong-un have signed a document described by the American leader as important and comprehensive, following a historic summit between the two in Singapore.

Trump also said after signing the document at the Capella Hotel on Singapore’s Sentosa Island on Tuesday that he expected denuclearization on the Korean Peninsula to begin “very quickly.”

It was not clear if a deal had been reached on the matter. The contents of the document were not immediately publicized.

Before signing the document, Kim said the two leaders had had a historic meeting “and decided to leave the past behind. The world will see a major change.”

The US president said he had formed a “very special bond” with Kim and that the US’s relationship with Pyongyang would be very different.

Asked whether he would invite Kim to the White House, Trump answered, “Absolutely, I will.”

Yet, no details were available on the talks between the two leaders.

The meeting & the handshake

Trump and Kim met at the Capella Hotel earlier in the day.

The first-ever meeting between a US president and a North Korean leader began at 9 a.m. Tuesday local time with a handshake, producing images that were carried live on television across the United States and beyond.

The two leaders met one-on-one, accompanied by translators, for about an hour.

Trump and Kim speak to media

The two leaders addressed the media before walking into their one-on-one discussion. Trump said he is confident the talks will be a “tremendous success” and that “we will have a tremendous relationship, I have no doubt”.

Kim said that “it has not been easy to get here” and that “the old prejudices and practices worked as obstacles, but we have overcome them and we are here today.”

“Many people in the world will think of this as a form of fantasy from a science fiction movie,” the North Korean leader said, according to pool reporters.

Trump was scheduled to return to the United States on Wednesday, but will now leave immediately after meeting with North Korean leader Kim on Tuesday, the White House said in a statement on Monday.

“The discussions between the United States and North Korea are ongoing and have moved more quickly than expected,” the statement said.

Trump will depart at 8 p.m. Singapore time, which is 8 a.m. in Washington, D.C. according to the statement. This is despite the fact that last week Trump said the summit could last “two [or] three” days “depending on what happens” in the meetings.

The US president reportedly moved up his departure time from Singapore after Kim set the deadline for their historic summit. Bloomberg News reported on Monday that Kim will leave Singapore at 4 p.m. Tuesday local time after his meeting with Trump.

US, North Korea delegations sit down for talks

Shortly after the one-on-one meeting between Kim and Trump, White House Press Secretary Sarah Huckabee sanders announced on her Twitter account that North Korean and American delegations had started talks as well. 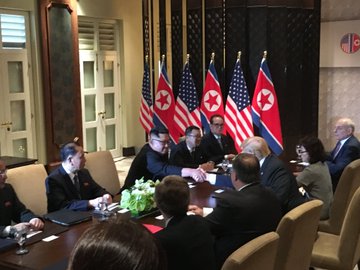 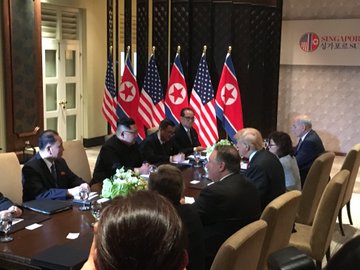 Meanwhile, about three hours before the summit Trump blasted the “haters & losers” who have expressed skepticism about its success.

“The fact that I am having a meeting is a major loss for the U.S., say the haters & losers. We have our hostages, testing, research and all missle (sic) launches have stoped (sic), and these pundits, who have called me wrong from the beginning, have nothing else they can say! We will be fine!” Trump tweeted.

Earlier on Monday, US Secretary of State Mike Pompeo issued a stern warning ahead of the historic summit.

He told reporters in Singapore that the United States will not lift economic sanctions against North Korea until Pyongyang fully eliminates its nuclear weapons capability.

A complete, verifiable and irreversible denuclearization “is the only outcome that the United States will accept,” Pompeo said. “If diplomacy doesn’t move in the right direction, sanctions will increase.”

“We’re ready for today,” Pompeo said in a tweet sent out on Monday morning with a photo of him leaving the Singapore hotel where the US delegation is staying. 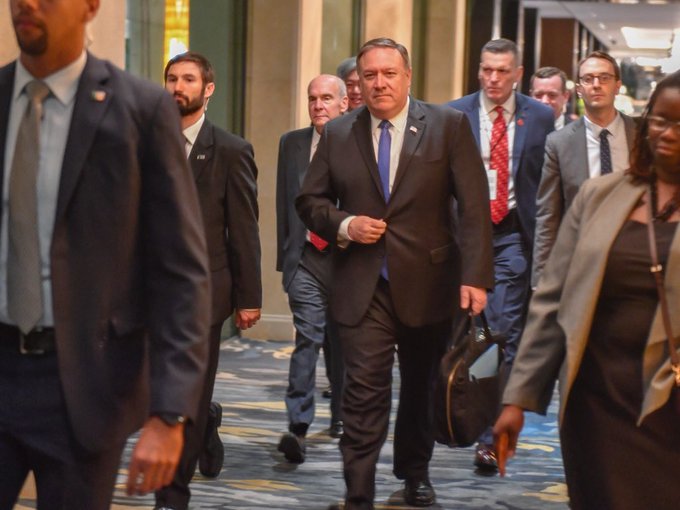 Trump and Kim arrived in Singapore on Sunday to hold the first ever face-to-face meeting between leaders of the two countries, which have remained enemies since the 1950-1953 Korean War.

“Great to be in Singapore, excitement in the air!” Trump tweeted on Monday morning. He had lunch with Singapore’s Prime Minister Lee Hsien Loong at the country’s presidential palace, where he said Tuesday’s meeting would be “very interesting”. 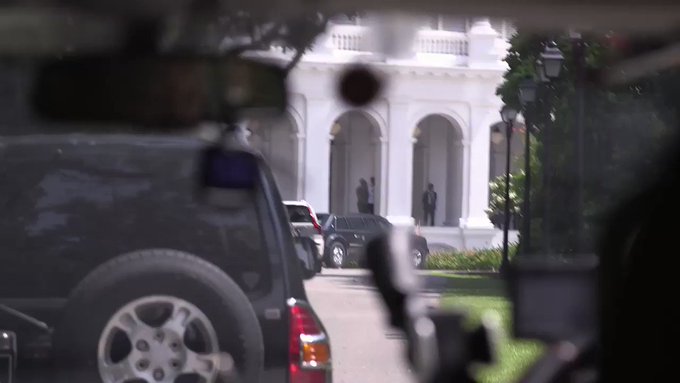 While the summit is seen as a test for diplomacy that could end the long-running nuclear standoff, foreign policy experts say the stakes are high if it does not result in a nuclear agreement.

Experts say the talks could run into trouble because the US and North Korea hold different understandings of what it means for the latter to denuclearize.

Trump and Kim have yet to agree even on how to define denuclearization of the Korean Peninsula.

The US seeks the complete and irreversible dismantling of North Korea’s nuclear program. Pyongyang is demanding a solid guarantee of its security and the removal of Washington’s nuclear umbrella protecting allies South Korea and Japan.

The North has also sought an end to the US military presence in the South, where Washington has around 28,000 troops.

So far the US has failed to provide details on what kind of security guarantees it is prepared to offer.