3 years and 8 months of effective activity of the 3rd mobile operator in Cameroon that was launched on September 2014, Nexttel, a public limited company with Viettel SA owning 70% and Bestinver Cameroon owning 30% of the shares is in shambles.  The social climate in Viettel Cameroon (Nexttel) is indeed not the best.

In recent days, employees of the company have been on strike over unpaid wages. An informant who filed in this report pointed out that the strike action is due to the refusal of the general manager, Nguyen Duc Quang to disburse money meant for salaries.

The situation became very intractable with many inside sources suggesting that the chairman of the board, Baba Ahmadou Danpullo was participating in the day-to-day running of the business and had reportedly instructed his former banker Moïse Bayi to disrupt the smooth functioning of the company with the support of some workers. 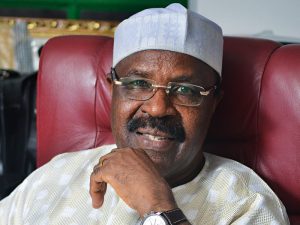 Our source also hinted that tension is currently mounting between the Danpullo Nexttel gang and the Vietnamese General Manager. There are under-the-table talks that the President Biya acolyte who also moonlights as a member of the Central Committee of the ruling CPDM crime syndicate wants to acquire 51% of the company shares without going through the legal process.

We understand the aim is to chase out the Vietnamese and install his man, Moïse Bayi who is presently deputy manager in charge of Human Resources as Nexttel’s General Manager. Baba Ahmadou Danpullo has control over the Cameroonian judiciary and the political system so whatever Danpullo wants, Danpullo gets.

This issue can be traced right back to the beginning of this company looking at a series of problems between Viettel SA and Bestinver Cameroon.  In 2013 during the technical installations phase, there was a strike which lasted about 6 months that involved profit shares.

In 2015, there was a massive arrest and repatriation of Vietnamese workers in Cameroon which was followed by constant refusal to grant them working permits on lame and ridiculous reasons that Viettel had promised to create 5 000 direct and indirect jobs. And in 2018 – Vietnamese coming to replace other staffs are refused contracts and have been receiving threats. For how long will the Francophone Cameroun Billionaire continue to treat his partners this way?

By Ngwa Stephanus B

‹ UK: May accused of hypocrisy after naming nine new Tory peers › Advisory Against 20th May Celebration throughout the territory of Ambazonia