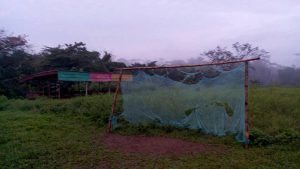 Cameroon has been stripped of the right to stage the 2019 African Nations Cup finals, the Confederation of African Football (CAF) said on Friday. CAF confirmed the unanimous decision after a meeting of its executive committee in Accra. Morocco is the favourite to take over the hosting of the expanded 24-team tournament, which is being held from June 15-July 13.

The new host is expected to be named before the end of the year, a CAF executive committee member told Reuters. Cameroon’s ability to host the finals was first questioned when CAF announced in July last year that the tournament would have eight additional teams and only countries capable of putting on world-class tournament, with complete facilities and extensive infrastructure would be allowed to stage the event.

Morocco immediately said it was ready to replace Cameroon, beginning more than a year of claims and counter-claims that CAF intended taking the tournament away from Cameroon and giving it to the north African country.

CAF sent several inspection teams to Cameroon to check on the progress of the construction of five stadiums proposed for the tournament. 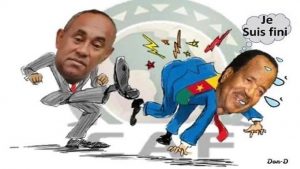 When CAF president Ahmad went to Cameroon in October he told the country’s President Paul Biya in front of assembled reporters: “CAF has no Plan B, nor have we ever considered taking the Nations Cup away from Cameroon.”

But last week he criticised Cameroon’s inability to regularise the affairs of its football federation, which has been under the control of a normalisation committee for more than a year while it struggles to adopt a new constitution and elect a new executive.

Next year’s Nations Cup will be the first moved to mid-year to end a long-standing clash between clubs and countries over the release of their players. 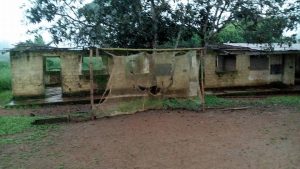 It will be the fourth successive Nations Cup to have a change of host. The 2013 finals were to be held in Libya but the security situation there meant they were moved to South Africa.

In 2015 Morocco had the hosting rights taken away after they expressed fears that travelling fans might bring in the Ebola virus and Equatorial Guinea stepped in with just six months to prepare.

The 2017 finals were originally due to be held in South Africa, but they had swapped with Libya, which was then also unable to host and Gabon took over.