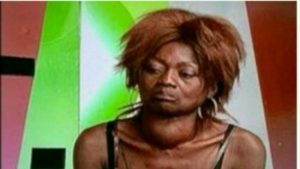 The singer Liza T known for her popular songs “Nostalgie” and “Associe”, two of the most popular Cameroonian songs of all time passed away today at 5:30 at her home in Douala. The sad news was made public by Radio Equinoxe based in the city of Douala.

The author of the album “Associé”, released in the early 90s and which enjoyed international success, died after a protracted illness. Lost in the world of showbiz for several years, it was with great emotion that her compatriots discovered her on July the 2nd, 2015, unrecognizable during a humanitarian show “Regard social”, that was broadcasted on Equinoxe television.

Liza T, mother of a daughter, died at the age of 48 and on the eve of the International Music Day which is celebrated tomorrow Wednesday June 21, 2017.

By Sama Ernest with files from CIN