Nigeria’s media are reporting on Liberian President George Weah’s request for thousands of Nigerian teachers to plug the country’s deficit.

“We are seeking 6,000-plus teachers to make up for the shortage of good teachers in our educational system,” President Weah told reporters after his meeting with Nigeria’s President Buhari yesterday in Abuja.

Liberia’s new president has put education at the top of his agenda, saying previously his government will pay all university exam fees for every student, though it is unclear how he will fund the plan after describing the government as “broke”. 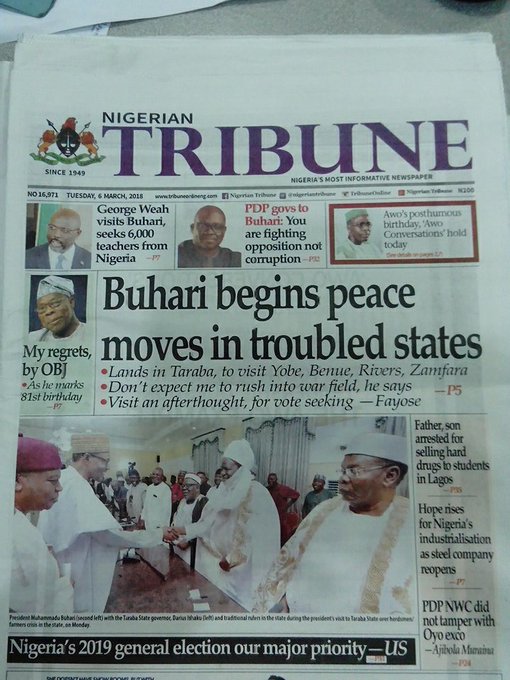 Mr Weah also urged the Nigerian banks which “dominate” Liberia’s banking not to reduce their support or close operations because he was “optimistic that trade and commerce will increase in the near future”.

‹ Archbishop of Canterbury calls for action against President Kabila of Congo-Kinshasa › Edgard Alain Mebe Ngo’o:  In the eye of the storm