After a failed election coup that was aimed at installing a French surrogate in power in Gabon, Cameroon Intelligence Report has learned that the French government has ordered the evacuation of Jean Ping, the 73 year old opposition leader to a French military base in the Ivory Coast.

The French embassy in Gabon has not officially confirmed this developing story, but several sources close to the French ambassador in Libreville have hinted that Jean Ping will not submit any appeal to the constitutional court this Thursday and he and some of his closest collaborators are expected to fly out of the country with the help of a French military plane.

Our source in Libreville revealed that the Chinese born will be kept in Port Bouet where he reportedly developed the diabolic ploy to destabilized the Gabonese nation. According to our informant, Mr Ping will brief the French secret service and his French acolyte, President Alassane Ouattarra of the Ivory Coast before heading for Paris in France.  Jean Ping, who was to appear on Wednesday before the press, has not been seen publicly since Monday. 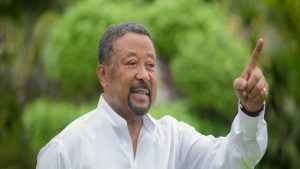 By Soter Tarh Agbaw-Ebai with files from Didier Onana