Hundreds of former Boko Haram hostages and fighters are lining up to be served food at Mozogo, on Cameroon’s northern border with Nigeria. They look tired and hungry.

Among them is 45-year old Asta Hamina brought into the camp a week ago by the Cameroon military. She said she was found around Sambisa forest, a former stronghold of the insurgents.

She said when she remembers the torture she went through in the Sambisa forest, she is frightened and prays that such a thing should never happen again. She said her wish is to return home and start her life all over again. 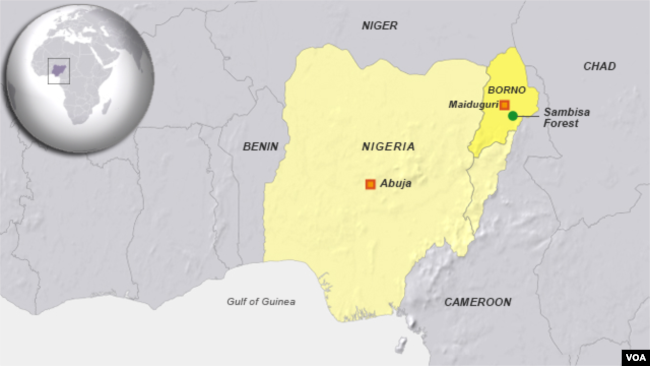 But her dream of returning home may not be achieved soon. Some of hostages have confessed that after they were taken hostage by Boko Haram fighters during attacks on their villages and taken to Nigeria, they were forced to join the jihadist group as fighters and their children were used as suicide bombers.

Arouna Abba, a community leader at Mozogo, said they are not ready to accept the former hostages in their villages for fear of being infiltrated once again by the terrorists. He said some of them may be spies or been brainwashed with Boko Haram ideology.

He said they first of all want the government of Cameroon to assure them of their security and safety. He said their resources are stretched and the economic needs of villagers who braved attacks and stayed home will increase if they allow the former hostages to return. Abba said villagers already lack water to drink and it will terrible if they share the little they have.

Some of the many former Boko Haram hostages who want to return home, in Mozogo, Cameroon, Oct. 21, 2017. Local communities are refusing to allow the hostages to return, fearing being infiltrated again by terrorists. Some of the former hostages said they spent two years with Boko Haram and decided to flee and hand over themselves to the military or local self-defense groups. Others said they had fought for Boko Haram but chose to lay down their arms because they realized they were misled.

Mozogo is one of the Cameroon towns that have suffered severe Boko Haram atrocities, with schools, markets, churches and Mosques burned by members of the group. Midjiyawa Bakari, governor of Cameroon’s far north region is pleading with communities to receive the former hostages, and assuring them that the government will protect them.

He said many of the former hostages have assured him that they do not have anything to do with the terrorist group and are ready to contribute to building their country. 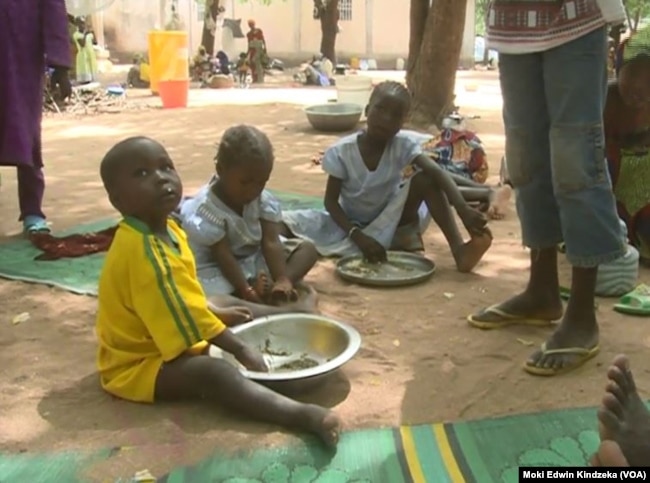 Some of the former Boko Haram hostages have returned with their children, in Mozogo, Cameroon, Oct. 21, 2017.

Bakari said among the returnees in the camp are 120 girls, 125 boys and many children of school age and they have been asking the UNHCR to consider either creating an orphanage or opening a school in the camp should the returnees’ stay be extended. He said Cameroon’s president, has asked for a more secured site to be provided to the returnees for the meantime.

Soldiers from Cameroon, Nigeria, Chad and Niger, part of a multinational joint task force of the lake Chad Basin Commission have rolled back Boko Haram gains since last year, but the insurgency remains a potent threat.

The conflict that began in northeast Nigeria 8 years ago has left at least 25,000 people dead and led more than 2.6 million others to flee their homes.