Greek authorities say an EgyptAir flight from Paris to Cairo with 66 passengers and crew on board crashed off the Greek island of Karpathos in Egyptian airspace.  Egypt’s Foreign Ministry exchanged condolences with France over what it called the “fall” of the Airbus A320 in the first official admission that those on board were likely to have died.

Egyptian Prime Minister Sherif Ismail said the search was underway to find the plane and it was too early to rule out any explanation for the incident, including terrorism. “We cannot exclude anything at this time or confirm anything. All the search operations must be concluded so we can know the cause,” he said.

Egyptian President Abdel Fattah el-Sisi was to chair a national security council meeting, a statement from his office said. The aircraft was flying at 37,000 feet (11,300 meters) on Thursday when it went missing over the eastern Mediterranean, 10 miles inside the Egyptian airspace.

An official said the plane lost contact with radar at 02:45 Cairo time (00:45 GMT). The airline said the flight sent a distress message before vanishing from radar screens that was detected by the military. The message was received at 0226 GMT, less than 10 minutes before the flight disappeared, AFP quoted it as saying.Passengers on board included 30 Egyptians, 15 French and one Briton, Egypt’s Civil Aviation Ministry said.

Greek authorities said the captain of a merchant ship had reported a “flame in the sky” some 130 nautical miles south of the Karpathos island. The country’s civil aviation chief said the flight disappeared from radars two minutes after leaving Greek airspace.  It is not yet known what happened to the plane. French Prime Minister Manuel Valls said nothing can be ruled out regarding the possible cause of the crash.

European air traffic network manager Eurocontrol said there were no weather issues at the time and in the vicinity of the area where the plane went missing.An Airbus A321 operated by Russia’s Metrojet crashed in Egypt’s Sinai peninsula on October 31, 2015, killing all 224 people on board. The plane was likely brought down by a bomb, and the Daesh Takfiri group said it had smuggled an explosive on board. In March, an EgyptAir plane flying from Alexandria to Cairo was hijacked and forced to land in Cyprus by an “unstable” man who demanded to see his ex-wife. 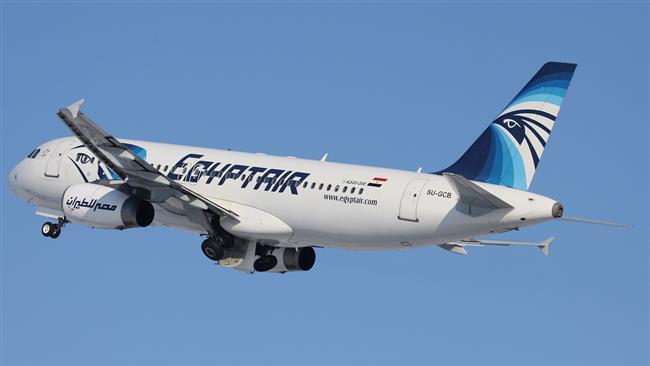