The head of the Central Intelligence Agency (CIA) says WikiLeaks is seeking to destroy America, adding he doesn’t “love” the global whistleblowing service. In an interview with conservative New York Times columnist Bret Stephens at the Aspen Institute’s Security Forum on Thursday night, CIA Director Mike Pompeo said, “WikiLeaks will take down America any way they can.”

“I don’t love WikiLeaks,” he stated. When asked about whether he believes Russia interfered in the 2016 election, Pompeo said. “Of course they did. And the one before that. And the one before that.” In an interview in April, Pompeo called WikiLeaks a “non-state hostile intelligence service.” “It’s time to call out WikiLeaks for what it really is: A non-state hostile intelligence service often abetted by state actors like Russia,” he said.

Pompeo said WikiLeaks is overwhelmingly focused on the US and encourages its followers to join the CIA with the sole purpose of obtaining intelligence. WikiLeaks has embarrassed the US intelligence agency by leaking its confidential documents. The documents detail technological vulnerabilities the spy agency uses to hack into electronic devices. 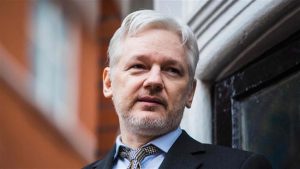 WikiLeaks founder Julian Assange has slammed the CIA for withholding the information about the vulnerabilities and preventing the tech industry and government officials from taking the necessary steps.

The US government has often described WikiLeaks as a tool of Russian intelligence agencies. In December, the CIA said it had concluded that Russian intelligence operatives provided materials to Wikileaks in an effort to help President Donald Trump’s defeat Hillary Clinton in the 2016 presidential election.

French Cameroun: A Policeman And Nurse Killed Within 3 Days By Boko Haram