The Mayor of Buea Council Patrick Ekema Esunga has purchased dozens of taxis in a bid to challenge the ghost town operation currently going on in British Southern Cameroons. Ekema who is at war with prominent elites of his home constituency thinks the move will score him some political points in Yaoundé.

The man whose photo and that of a prostitute circulated on social media recently was quoted as saying that “If on Monday taxis were not plying the streets, we will use ours to ply the streets.” Patrick Ekema has also been combating the Ghost Town by closing all shops at the Buea town markets that failed to trade.

He reportedly used padlocks to seal the shops saying that, “It is no joke that all businesses within the Buea Municipality are under the competence of the Mayor, it is our property and so it was our reserve to ensure that they go operational.”

Some traders say they could not open their shops during Ghost Town because there was no means of transportation to their various business centers. The Buea Council Mayor with these actions is determined to frustrate any Ghost Town attempt in his Municipality by the Cameroon Anglophone Civil Society.

Our senior political correspondent in Fako opined earlier today that Biya and his Francophone political acolytes have gotten the Anglophone message and actions such as the ones taken by Mayor Ekema are irrelevant and inconsequential. It is yet to be seen how the mayor will force Buea residents to use his ill gotten taxis. 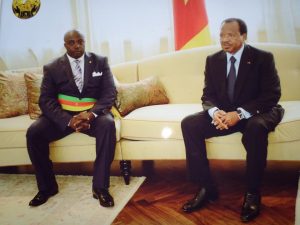 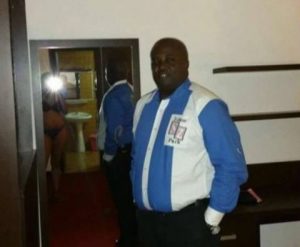