More than half of the members of the choir that accompanied the 84 year old Cameroonian dictator, Paul Biya to Italy on a state visit reportedly escaped from their hotel. Cameroon Intelligence Report learnt that the choristers staged their own immigration show in Italy.

Half of the members escaped and the others said that they were not going back to Cameroon. Some of them were quoted as saying that they were sick and tired of singing and entertaining others and cannot return to that hell known as Cameroon.

Our senior entertainment editor who contributed to this report also opined that they have sung themselves all the way to Europe. “Nobody wants to live in that open-air jail. A jail wherein poverty and unemployment are the security guards.”

In a related development, a hired crowd of CPDM fanatics waited by an isolated roadside to welcome Paul Biya who sped by and did not even acknowledge their presence, Biya himself looked dejected and bored at the joint press conference with the ceremonial Italian president during which they discussed climate change and how to reform the UN Security Council. 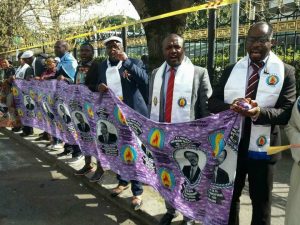 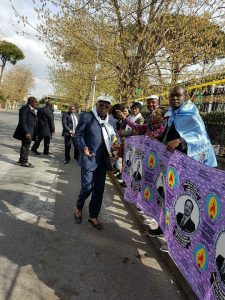