The Supreme Court of Cameroon announced that it was a much closed race with the ruling CPDM party winning 40% and the opposition party the SDF 36%.

Interestingly, the CPDM had more or less won with 40% in 1992. However, after 5 years of failed economic and social policies, the CPDM won the 1997 elections with 92.6%. Gabon may be following the Cameroon example!! 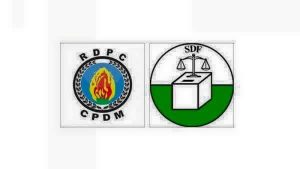