Southern Cameroonians took control of La Republique’s embassy building in Canada during a protest held against a Francophone government delegation sent to North America by President Biya.  The demonstrators  arrived with a coffin and demanded the release of the leaders of the Cameroon Anglophone Civil Society Consortium including the hundreds who have been incarcerated since the beginning of the 11 months crisis.
The fabric of the so-called ruling CPDM party was also destroyed and burnt by the pro-secessionists under the watchful eyes of some of the officials at the Cameroon embassy in Canada. The West Cameroonians chanted hostile slogans against the Biya Francophone Beti Ewondo regime with sounds of vuvuzelas.
The  flag representing La Republique du Cameroun was brought down and that of Ambazonia hoisted. Separate groups of protesting Cameroonians with  ties to Ambazonia from all over Canada converged at the embassy premises. The  action prompted the ambassador to flee through the back door.  We gathered that an embassy official approached the crowd and announced that the meeting had been cancelled and that the ministerial delegation had made a dramatic u turn back to Yaounde. 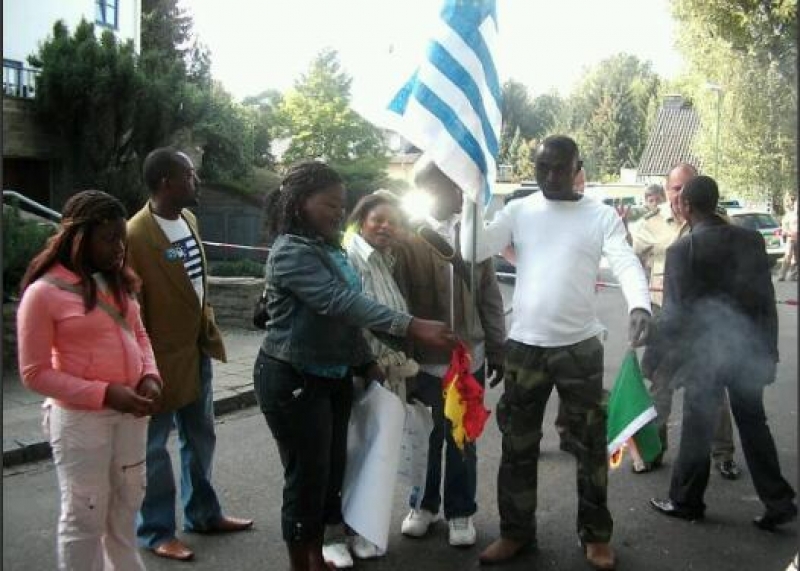 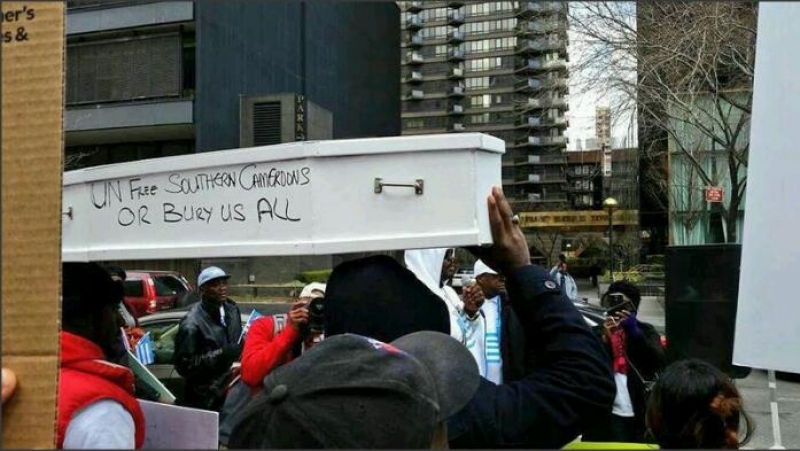 Ambassador Azoh-Mbi only resurfaced some 25 minutes later and pleaded for the Ambazonian flag to be removed and replaced with the Cameroonian flag. He then alerted the police and demanded the Southern Cameroonians to desert the embassy building. The situation became more complex as more Cameroonian protesters trooped in from different directions.