It is 32 days since President Biya left the country!! The Cameroonian dictator actually travelled out of the nation on September the 16th 2016 and has ever since been holidaying in the Intercontinental Hotel in Geneva with his family. There has been strong condemnation from the Cameroon Diasporic Community against the 83 year old leader who has spent 34 years in power. 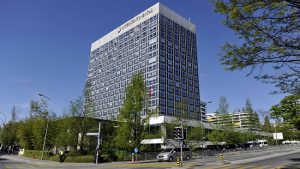 private castle in Lac Leman neighbourhood in Geneva.  The castle of Route de Lausanne, on the shores of Lac Leman in Geneva, is one of the most expensive in the world.