Australia’s election became a little more raucous on Tuesday when a protester tried — but failed — to crack an egg on Prime Minister Scott Morrison’s head.

The attacker’s egg, thrown from close range, appeared to bounce off the politician at a Country Women’s Association event in New South Wales.

The woman was wrestled away by Morrison’s close protection security detail and could later be seen leaving the venue holding an egg carton. 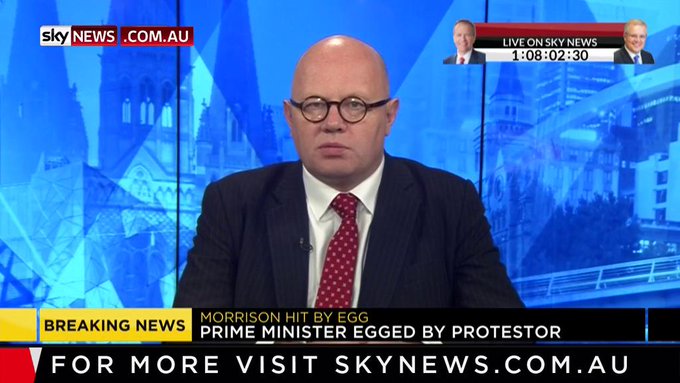 In the fracas, an older woman was bundled over, and Morrison — who is trailing in the polls ahead of the May 18 vote — had to help her up.

The incident followed a highly publicized assault of far-right politician Fraser Anning, who had an egg smashed on his head during a press conference.

His teen attacker had been protesting comments he made blaming the massacre of 51 Muslim worshipers in two Christchurch mosques on immigrants to New Zealand.