We hereby announce the nominees for the 2017 Cameroon Concord News Man of the Year.

Our panel of experts have argued long and loud about the merits of those on the long list and have now whittled those names down to a shortlist of seven. From here on, democracy reigns. It is up to you. Cast your vote at the bottom of the post.

He is principally remembered now for empowering the Cameroon Anglophone Civil Society Consortium by shutting down all academic establishments in British Southern Cameroons. But this is only one element of what was a glorious contribution to the Southern Cameroons struggle. 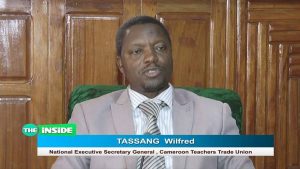 For a start, he demonstrated a true West Cameroon’s humility in his description of the plight of Anglophones in La Republique du Cameroun. To the casual observer, it looked like the hard work had been done by Tassang himself when he slalomed through Paul Mingo Ghogomu in Bamenda, lifted the Southern Cameroons debate over Prime Minister Yang Philemon and swiped the baton of command into the hands of Sisiku Ayuk Tabe.

But according to Tassang, the hard work had in fact been done by the dismissal of the “Show Boy” Barrister Agbor Balla from the Consortium’, a verdict which saw him crowned as the patron saint of the Federal Republic of Ambazonia.

The Southern Cameroons National anthem is how many Ambazonians now refer to him. Politicians in power have a proud tradition of achievement in the Cameroon Concord News Man of the Year award. Wirba is not one of them. 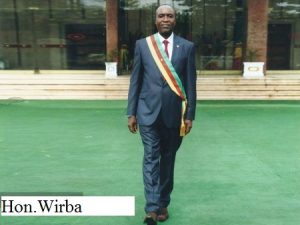 As Southern Cameroonians were responding to calls for civil disobedience campaigns, blissfully unaware that they were about to witness a historic change in their history, the camera zoomed in one man who was belting out the sufferings of the people of Southern Cameroons with greater solemnity and ferocity than anyone else in his vicinity. Swept up in the moment, he gave the passing lens a hearty salute with these words: “No one can take the Name West Cameroon from the mouths of the Anglophones again”

The People of Southern Cameroons and their powerful Diaspora

Opinion in our editorial desk was initially divided as to whether a group could be classified for the Cameroon Concord News Man of the Year Award.  In our snap poll, the verdict came back loud and clear to us from one of our readers, Polycarp Kansamga. The resilience demonstrated by the people of Southern Cameroons particularly in the afterglow of the famous victory on October 1, took on a new significance. It’s impossible to witness it now and not feel that Southern Cameroonians both at home and abroad deserve to be honored.

After a harrowing 2016 in which he suffered with depression and poor health with numerous quarrels with Ama Tutu Muna,  Philemon Yang emerged from the darkness to lead a Francophone dominated government that had only him as a minister with portfolio. An inspirational tale. 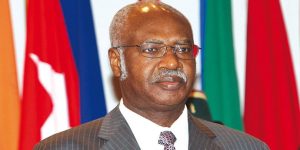 His sister Ama – the 2015-16 Anglophone cabinet minister of the year – functioned as a virtual bodyguard during those bright days before the Cameroon Anglophone Civil Society Consortium came into existence. With tears in his eyes today, Yang has been caught up in the pangs of a monster he helped in creating. Ever since the beginning of the Southern Cameroons uprising, Prime Minister Philemon is either committing the same errors or falling into spectacular new ones.  He has said stuff that really hit home. He said that if I do what Anglophones expect me to do, you’re not just going to kill yourself, you’re going to kill your parents, and you’re going to kill me. It is not nice to be listening to him and seeing the tears flowing down his eyes inside his bedroom.

The French Cameroun University lecturer, Professor Messanga Nyamding has been speaking from his heart since the Southern Cameroons crisis started. He blamed the crisis on the so-called collaborators of President Biya. According to him, the staff of the Head of State are divided into two clans namely, the administrative staff he calls bureaucrats and worthless and the collaborators whom he claims have imprisoned Cameroon in a war of networks forming a mystical resilience. Professor Messanga Nyamding told the world that it is the mystical resilience that is at the root of the Southern Cameroons crisis. He stood firmly for the release of all Anglophone detainees and argued that the same Biya regime had pardoned men like Niat Njifenji, Ahmidou Marafa Yaya, Dakole Daissala who participated in the 1984 April 6th coup.

Prof. Messanga Nyamding recently said that President Biya’s collaborators were staging a comedy show in government. “They tar the roads, repair the bridges, paint the buildings only when it is announced that Biya will be passing in that area. Yet the reality is quite different. It is this CPDM comedy that has angered Anglophones for decades.”

The Southern Cameroons radio host Bibixy Mancho was always destined to one day contend for the Cameroon Concord News Man of the Year Award. His performance at public demonstrations in the Bamenda County gave the Anglophone struggle the impetus that was needed. 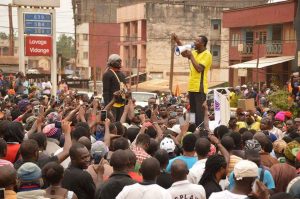 He proceeded to score major political victories during his trial at the Yaoundé Military Tribunal.  Unfortunately, the Biya Francophone regime is still keeping him at the Kondengui High Security prison in Yaoundé. This year, Bibixy Mancho painted a picture that the world will never forget on the plight of Southern Cameroonians when he appeared during one of his hearings at the Kangaroo court in Yaoundé.

He has remained defiant and is his face is now the symbol of the Southern Cameroons struggle. When Bibixy Mancho appeared in front of a French Cameroun judge recently, he pleaded that the Francophone regime should release all the teenagers arrested in Bamenda.  He did not stop there!! He told the judge to sentence him to death.  At the time, many thought it took quite an amount of cheek to turn around and claim the death penalty in these circumstances. Sisiku Ayuk Tabe emerged as the chosen one in the Southern Cameroons quest for independence. He has provided responsible leadership and continues to do so. It is his performance as the interim head of state that has elevated Southern Cameroons to the status of international treasure, but we were more enthralled by his efforts in the 4th Conclave that held in Nigeria.

It was there that he elevated the unglamorous and oft-derided skill of ‘holding the leadership up and managing the Milan Affair diplomatically.  His composure, the nimble brainwork, the magnificent use of one’s arse – were all present and correct.

VOTING IS NOW UNDERWAY. HAVE YOUR SAY ON WHO SHOULD BE MAN OF THE YEAR BELOW