Yaounde denies allegations that its soldiers crossed into Nigeria

Cameroon has denied allegations that its soldiers crossed into Nigeria without permission and attacked villages said to be hosting and training armed separatist groups.

The media has reported that at least one incursion has been confirmed by the Nigerian government and military officials. However, Cameroon says that since President Paul Biya declared war on armed separatists about a month ago, it has attacked only border villages in Cameroon where the groups were hiding.

“The terrorists had taken advantage of the dense forests at the border with Nigeria to set up secret training camps from which they organized raids against our defense forces,” said Cameroon’s communication minister and government spokesman, Issa Tchiroma. “Following the dismantling operation thus carried out, the hideout of these murderers were literally destroyed and the villages previously taken hostage were liberated.”

Two weeks ago, Cameroon said the armed separatists advocating independence for the English-speaking northwest and southwest portions of the country were being trained in Nigeria. Lawan Abba Gashagar, Nigeria’s high commissioner to Cameroon and special envoy of president Muhammadu Buhari, visited Cameroon’s president and said they would collaborate in fighting the terrorists.

This week, Reuters and Nigerian local newspapers reported that Cameroon troops had crossed into Nigeria in pursuit of the armed separatists without seeking authorization from Nigeria, causing a fallout between the two governments. 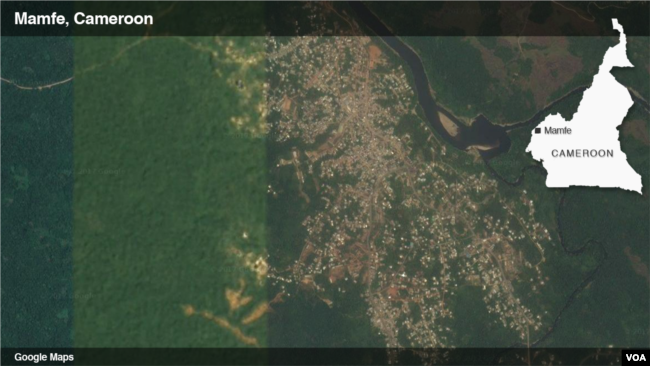 Cameroon says it attacked separatist training camps in three of its border villages around Mamfe and Eyumojock.

Ojong Anslem, a resident of Eyumojock, says the separatists are still gaining a lot of support from the borders.

“What is now on the streets in the northwest and southwest is secession,” Anslem said.

The UNHCR says the violence has pushed thousands of Cameroonians across the border to Nigeria since October 1, the day the separatists said they had declared their independence and their humanitarian needs were growing.