A member of Congress of the United States (House of Representatives) Dana Tyrone Rohrabacher has written to FIFA to consider moving the 2019 Africa Cup of Nations from Cameroon.

Cameroon has been given the nod to host Africa’s flagship football tournament scheduled for June to July in 2019 but Rohrabacher believes staging the tournament at a different venue will be safer and more secured.

In the lengthy letter of concern, the 48th congressional representative of California cited a number of violence cases and insecurity in Cameroon to prove why his plea should be considered.

There have been reliable reports of civil conflict and Boko Haram terrorism threats currently on going in the Central African country.

According to the BBC, Amnesty International have recently described the situation in Cameroon as “escalating violence” and a “deadly cycle of violence.”

This has led to the killing of hundreds of people and thousands more displaced in recent months per the reliable reports.

On Friday in Accra, CAF’s Executive Council will meet to decide whether or not the 2019 AFCON will continue to be staged in Cameroon. 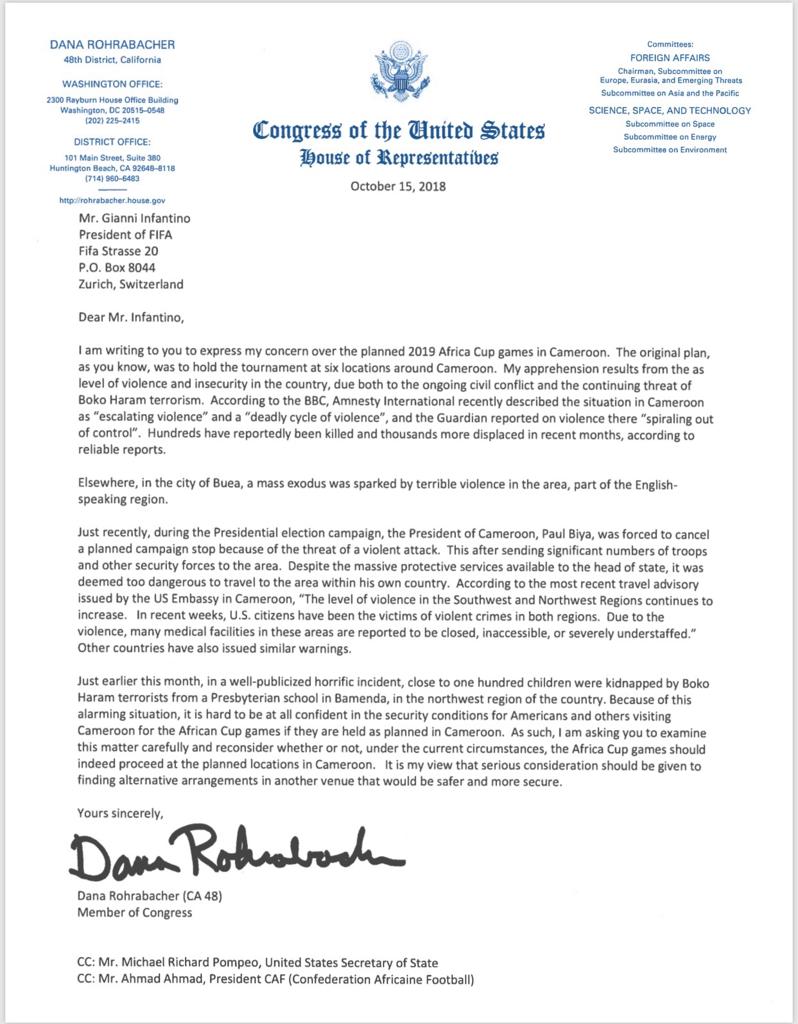