Southern Cameroons Crisis: Biya and his Francophone political elites are fighting a war they cannot win 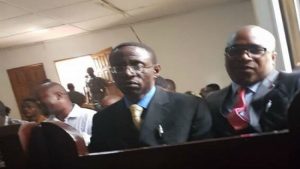 Ten months into the current Anglophone crisis, there are still no signs of a possible resolution. In fact, by every measure, the crisis is escalating at an alarming pace. The English-speaking regions remain resolute in enforcing ghost towns; its diaspora is now fully engaged and increasingly violent and there is no indication that schools will re-open this September. The government remains deaf in the face of increasing international pressure from the United Nations, the International Crisis Group and Amnesty International.

For those who preach that Cameroon is “One and Indivisible” the current reality could not be further from that truth. It is now abundantly clear that there are two distinct Cameroons. There is the Cameroon where debate is focused on the hosting of the 2019 African Cup of Nations; the other Cameroon concerns itself with the resumption of school in September.

One Cameroon is consumed with the possibility of organizing 2018 national, regional and local elections and has “Operation Onze Millions d’Inscrits” (11 million registered voters) underway while the other Cameroon diligently respects ghost towns with no interest whatsoever in such elections. And lastly, there is one Cameroon where citizens continue to beg the President to implement a policy on decentralization that is 21-years overdue, while in the other Cameroon citizens are passionate and determined to take full control of their own destiny. Whether we like it or not, today’s Cameroon is a country more divided than ever before in its history. And there is every indication that the situation will only get worse.

Our Government is Fighting a War It Cannot Win

With the exception of the government, there have been six months of universal agreement concerning the process for a durable solution to this growing crisis:

– the release all wrongfully arrested Anglophone leaders
– the full demilitarization the English-speaking regions, and
– the engagement, in frank dialogue, on the future of the state and its administrative form.

Unfortunately, our government continues to pursue a repressive strategy that will prove unsuccessful, long-term. There are many reasons our government cannot win with its current strategy. First, it has seriously underestimated the collective will and determination of the English-speaking population to stand up for its rights. It has failed to realize that the entire military and security apparatus of the country cannot defeat 5 million men, women and children of the North West and South West regions except through a genocide. It is clear to everyone today that our government and its security services have seriously underestimated the anger and resolve of these individuals, who are recognized as a people under international law.

Without broad-based dialogue, it is extremely difficult to see how our government can impose its “solutions” on a people who are now extremely in touch with its history, who have left the kitchen and would only sit on the main table or go back and rebuild their home. Today there are approximately 800 Common Law lawyers in the country; the majority of whom were forced to train abroad due to their exclusion from ENAM. They have now returned to practice in their own country. This is in stark contrast to the approximately 1,200 Civil Law lawyers who are members of the Cameroon Bar Association. You don’t have to be a brilliant scientist to see that, without profound reforms, the increasing number of foreign-trained Anglophone lawyers will continue, perhaps aggressively, to demand equal judicial standing in the country. A refusal to dialogue with the real Anglophone leaders can only accelerate the rapid drift of the country towards an ungovernable state. 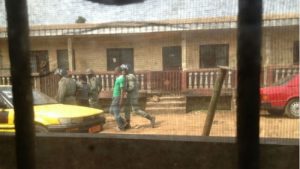 Will Schools Resume in September?

As a parent, and one who believes strongly in the power of education, I fully support schools’ resumption. Yet, I am cognizant that, given the current realities, this objective may not be attainable. With every passing day, the likelihood of schools re-opening becomes increasingly doubtful. The social atmosphere continues to worsen. It remains unclear, for the students who did not attend school last year, which class to enroll in for the new academic year.
The likelihood of schools recommencing has been greatly diminished by a series of missteps by our government. It makes absolutely no sense that our government would refuse to dialogue with the real Anglophone leaders it has arrested and imprisoned; why send emissaries abroad to somehow “dialogue” with the diaspora? How is it possible that in a heavily militarized region such as the North West, small arms are purportedly fabricated in Mbengwi? What is the veracity of this report? And to date, what has our government learned as to the identity of the instigators who are burning down schools in the Anglophone regions? Have intelligence services been completely removed from these regions?
While I’m not a fan of the Social Democratic Front, the recent resolutions of its National Executive Council, dated 5 August 2017, crystallize this deteriorating crisis. It is, therefore, unlikely that we will see schools resume, come September, without a significant gesture of goodwill from the government.

A significant source of widespread anger among Anglophones is the flagrant governing incoherence of Biya’s government. This is, after all, a country where dialysis kits are not available at the best hospitals; where the population of Yabassi has electricity on average one month per year; where the minimum wage is a dismal 36,270 FCFA per month; and a country where teachers go for more than 60 months without pay. Yet our government has decided to continue its borrowing spree with an anticipated 1,000 billion FCFA in loans to organize the African Cup of Nations! These unfortunate government priorities lend credibility to many Anglophones who are confident of their systems’ ability to ensure better stewardship of its resources, whether in a federated or independent Southern Cameroons. The aggressive posturing of the diaspora as seen in the brutal confrontations in Brussels and South Africa, the hoisting of a flag, purportedly that of Southern Cameroons in Canada, and the violent protests at Cameroon’s High Commission in the United Kingdom will only worsen in the coming weeks. It is therefore very difficult to see how schools will resume in the Anglophone regions come September.

10-member National Council of Eminent Leaders to break the impasse

In the face of these challenges what should we, as a people, do? It is abundantly clear that the foundation of our “vivre ensemble” is extremely tenuous and the need for a broad-based dialogue for a 2nd Republic is imperative. However our government, by being unwilling to have this discussion, is pushing our country further down the drain. What do we do when our country is being torn into pieces, largely because a small group of Cameroonians have taken the country hostage and are ready to fight to preserve their privileges to the detriment of the majority? Do we sit on the sidelines, do we complain or do we jump in, roll up our sleeves and fight for the future we believe we can and should have?

There is a false belief that only the government can act. That if the government doesn’t want a dialogue, there shall be no dialogue. While this may be true to a certain extent, it somehow absolves our elders, those of Anglo-Saxon persuasion we call Elder Statesmen and women, of any responsibilities. At this critical moment, we need an independent National Council of Eminent Leaders, to help decrease the growing public animosity and forcefully, through public and diplomatic avenues, initiate frank dialogue about the future of our country. The Council will not be credible if it is a mere extension of the government—it must be independent of the administration and representative of the Cameroonian people.

This 10-member Council, with equal representation of “English-speaking” and “French-speaking” Cameroonians, should be comprised of individuals respected on the national and international stage for their objectivity, expertize and patriotism. It will be independent of government officials and definitely will not include political party leaders. The central role of the Council will be to force the government, civil society, political parties and the leaders of Anglophones to dialogue on the future of Cameroon and what is required to build an inclusive country. There comes a time when patriots must stand up and defend their fatherland, not necessarily by taking up arms, but by playing the role of “Statesmen and Women.” By putting their country first in times of extreme crises. Members of this Council must be able to do that. 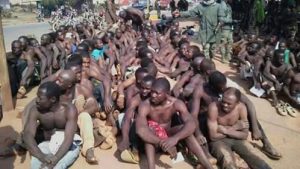 Everyone can see that our country is crumbling and we must have a broad-based dialogue in order to build a new Cameroon. If we don’t do this, it is extremely doubtful that schools will resume. It is also extremely doubtful that we would have any economic growth, let alone come out of structural adjustment any time soon. If we don’t do this, it is increasingly evident that the Anglophone movement for separation, that is now well organized with a Governing Council, will continue to gain ground. The possibility of an armed struggle cannot be excluded.

If we cannot find 10 Cameroonians of unblemished repute to take the lead and bring the government to a full-scale discussion on the future of Cameroon, then we have completely failed as a people. If that is the case, the wise course of action would be to allow Anglophones to go back and rebuild their own country. Only history will judge our actions.