No one should ask why things are as they are: These questions will be answered at the right time 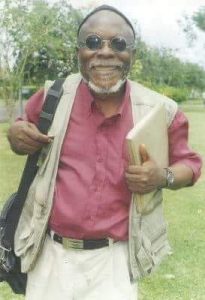 On August 31, 2006, my friend Bate Besong wrote a dedicated poem titled “Why we laugh at politicians and give them names”.  That poem and its premonitory message impels me to struggle to find the underlying message behind the poem dedicated to me by a friend with whom I spent time discussing everything from literature to history, law, Marx, Osageyfo Dr Kwame Nkrumah, Nwalimu Nyerere, CLR James, Marcus Garvey, politics generally, cultural issues, religion, maths, music etc.  On occasion, he talked to me about many of his students whose potential intellectual bravery and literary ingenuity he admired. One of the names he mentioned was Dr Joyce Ashuntangtang.

Why do I bring up this name among others in this brief memorial statement?  The name surely came up many times, but he first mentioned her name when we discussed the show of shame which is celebrated in Cameroun March 8, every year as the “Women Day”.

Bate Besong and I opposed the celebration of March 8, in ways that portrayed the African woman as hypnotised political tools.   He opined that a celebration of the African woman should be in the systemic and societal recognition of women and their contribution toward human development.  He hoped for a new generation of women intellectuals whom he believed will challenge the operating political, social and cultural order.

Bate Besong died on 8th of March 2007 the day set aside every year for showcasing the collective enslavement of women by the Cameroun systemic crime syndicate.  This was not the intendment of the Peking Women Conference nor that of the international community that decided to use the ceremony every year to raise awareness on women related issues and women contributions as equal partners in efforts to protect and promote universal human values without discrimination on the basis of race, ethnicity, religion, nationality or any discriminatory basis whatsoever.  The Cameroun ceremony is the opposite of what the international community intended.

At the time of his death, I was not aware of the poem he dedicated to me and the underlying message in the poem.   Our revulsion for the treatment of women by the crime syndicate so-called new deal, and the sycophantic submission of the population and the bastardising of scholarship and faculty admission that we discussed and despised has not abated.  I have watched the younger generation whom Bate Besong told me about and his predictions are true.  So therefore, was Bate Besong a Prophet?   In the context of present-day commercial religion and prophesy, BB would never accept this title.  BB went into the originality of the grassroot authentic creativity of some pathfinders to support his prediction that the challenge to the pervasive influence of contemporary Africa status quo will come from the grassroots, his students and their contemporaries.

We both agreed that a musician of Kalabari origin in the Nigeria Delta called Cardinal Jim Rex Lawson fitted in this category.   Cardinal Jim Rex Lawson challenged the highlife music status quo in his time, imposing respect and recognition from highlife musical giants like E.T, Mensah, Bobby Benson, Victor Olaiya, Roy Chicago, EC Arinze, Chief Osita Osadebe. He died at the age of 32 after changing the face of highlife music and eternalising his musical genre for eternity. The religious and cultural messages conveyed through his music which he sang with passion at times made him cry on stage accompanied by his ever-increasing audience.  Yet the music and the messages he delivered were the products of his work of art, some of which he composed on stage. While in Port Harcourt attending the conference of the African Bar Association, I requested and met Chief Tony Odili aged 93 and still and performing, the renowned percussionist of the Rex Lawson band. He confirmed in reasonable detail, what Bate Besong told me about Rex Lawson and his revolutionary change of the status quo in the Nigerian and West African highlife music. Nigerian gospel music is a derivative of the Rex Lawson highlife music revolution.

In the poem dedicated to me, Bate Besong in poetic form reminded me not to forsake the liberation struggle.  He again raised our collective worries that years of enslavement and mental slavery had ruined generations of intellectuals and so-called elite on whom the people placed their hopes for liberation, freedom and independence.  He like me believed that the peoples ‘moment would come when terror, fear and death will rather than scare the people, embolden them to take back their destiny, freedom and independence.   As if to bid me and everyone goodbye, he in conclusion, enjoined us:

“No one should ask why things are as they are

These questions will be answered at the right time”

That right time is here for all to see and nothing will stop the wind of liberation and freedom which is blowing over the land.   The relics of the old social order is fighting back through terror, treachery, corruption, criminality, distractions, confusions and all manner of sideshows.   But Ground Zero and the generational liberators whom Bate Besong identified are out in arms fighting to win. And win they shall. Not the politicians whom Bate Besong came to distrust and made their treachery the subject of his premonitory poem to me. No not them.  Their betrayal of the peoples’ aspirations has exposed them for what they have always been.  This critical peoples’ moment when long deferred questions are finally been answered at the right time as BB predicted will consign them to ignominy and derision.  This is also the moment to know “why we laugh at politicians and give them names” and for them to take stock of their treachery and the futility of their Iscariot politics of thirty silver and the unconscionable complicity in the extermination of  their own people to satisfy the blood feeding of a vampiric dictator.

This memorial message should have been posted on March 8, 2019 but in honour of the greatest revolutionary and visionary seer of our times Dr Bate Besong, the judgment of the Abuja High Court exposing another international conspiracy and  violations which like the McCleod Slave deal or bazaar aimed to stifle our march to freedom, it is but appropriate to place my considered opinion  on the judgment in honour of Bate Besong the liberator, the Obasinjong warrior, the seer, and may I with his permission, call him the genuine prophet at the service of freedom and liberation of the sovereign people of the Southern Cameroons/ Ambazonia.

By Chief Charles A Taku