A Cameroonian journalist who was denied a visa for Australia because the government believed she might not leave has questioned if they made assumptions about her because she is African.

Mimi Mefo, an award-winning journalist who is currently based in Berlin and working for Deutsche Welle, was booked to appear at the Integrity 20 conference in Brisbane on Friday.

Mefo was due to speak about press freedom and her experiences reporting on the Cameroon conflict, in a speech entitled “Without fear or favour”.

However, applications for a visa were refused because Australian immigration authorities “were not satisfied that the applicant’s employment and financial situation provide an incentive to return following [her] stay in Australia or to abide by the conditions to which the visa would be subject”. 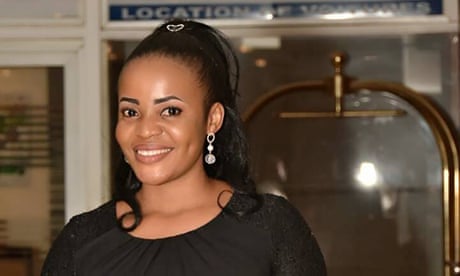 Mefo dismissed suggestions she would seek asylum in Australia, noting she had a two-year contract and a home in Berlin, and was booked to fly on from Brisbane to speak at another conference in South Africa, alongside Nobel prize-winning economist Joseph E Stiglitz.

“I’ve been to so many countries in the world where I could seek asylum,” told Guardian Australia. “There is no way I would come and be in Australia when I have a job in Germany.

“I think they took that position based on stereotyped assumptions on Africans and that is totally wrong.”

Mefo’s case has prompted widespread criticism of the Australian government, which has made international headlines over its encroachments on the press, including raids on journalists’ homes and offices.

The visa refusal occurred in the same week that Australian media launched a coordinated campaign for press freedom.

“Australia seems to be a country struggling in that direction and they might have thought we would bring some of these issues into the limelight,” Mefo said. “They possibly saw the invitation [to Integrity 20] and saw that it was on press freedom and was organised by a prestigious university in Australia.”

Mefo was rejected twice for her visa to Australia. Not long after her first application was rejected – for the same reason – her contract at Deutsche Welle and her visa for Germany were extended.

“So we appealed with the help of an immigration expert in Australia,” she said. “We knew we had everything right this time. But it was denied again with the same words [and] very strong terms: we are not considering this visa application anymore.

“I knew this time around it was way beyond my visa status, because there is no way I’d disappoint hundreds of people in South Africa to stay in Australia, and give up my job, after Deutsche Welle has gone out of its way… to make sure I’m really comfortable in Germany.

“I don’t know what they think I would do in Australia.”

Last year Mefo was briefly jailed in Cameroon for her reporting but she said Australian authorities did not question her about that.

“I was arrested not because I committed a crime but because I reported that soldiers in Cameroon killed an American missionary,” she said. “After four days, when the government couldn’t bear the international pressure, I was released and the charges were dropped.

“I don’t have a problem with the Cameroon government. That’s not even why I left Cameroon. I left because I was given the fellowship program with Pen in London.”

The Australian government said it did not comment on individual cases.