The detained Ambazonia leader President Sisiku Ayuk Tabe has said that he will begin a hunger strike by tomorrow if the whereabouts of all Southern Cameroons detainees that were held at the Central prison in Yaoundé are not made public.

After the English speaking regions of Cameroon declared independence and created the Federal Republic of Ambazonia, Yaounde declared war on the people of Southern Cameroons and spent millions of US dollars in an operation in Nigeria that saw the arrest of the Ambazonian leader and his top aides in Abuja.

The conflict has so far claimed the lives of some 3000 Southern Cameroonians and approximately 1500 Cameroon government army soldiers. The UN says it has registered some 50000 Ambazonians as refugees in Nigeria and more than half a million are IDPs in French Cameroun.

The Ambazonia leader told our Yaoundé city reporter late yesterday that he will start refusing food to protest the killing of Southern Cameroons detainees and the hundreds more whose location are not known after the riot that rocked the Central prison in Yaoundé.

The Southern Cameroons leader is convinced him and his top aides would not get a fair trial in French Cameroun, but insisted that the French Cameroun must inform international public opinion on the whereabouts of hundreds of Ambazonian political prisoners.

Tensions with French Cameroun are rising and the Southern Cameroons Interim government continues to advocate for a complete separation from La Republique du Cameroun something the Biya Francophone government has said it will not accept.

This is not the first time the Ambazonian leaders are engaging in a Hunger Strike. Cameroon Intelligence Report is reliably informed that sometime on the 15th of January 2018 while they were detained incommunicado in a 3 floors underground detention facility at the Nigeria Defense Intelligence Agency better known by its acronym DIA, Barr Shufai Blaise SEVIDZEM BERINYUY initiated a Hunger Strike action to protest against their continuous detention without charge to court or presentation before a Magistrate within 48 hours as required in criminal legislation worldwide! 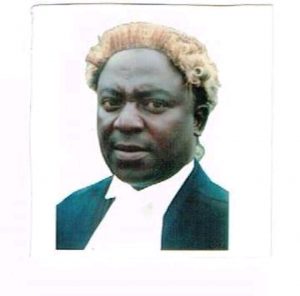 The protest action was immediately joined by his brothers of the Nera fame and by the third day the gates were open for them to hold a meeting with a delegation from the UNHCR Abuja office on 18/01/2018 that caused an immediate improvement to their detention conditions given that they were moved from 3rd floor underground where they were in same cells with Boko Haram suspect leadership to second floor where they were together in a larger cell and their clothes given to them and given closer attention.

That however didn’t stop their illegal extradition to Yaounde, la Republique du Cameroun where they’re facing death sentence for alleged heinous crimes related to terrorism and secession from a country they’ve never been legally united to. They were handcuffed, blindfolded and thrown in a Cameroun military cargo carrier with neither seats nor seatbelts manned by heavily armed and masked anti terrorist gendarmes called GPIGN ( Groupement Polyvalent de l’Inrervention de ka Gendarmerie Nationale).

By Sama Ernest in Yaounde