The unborn children of Southern Cameroons women are the targets of a sickening war declared against the English speaking community by the 87 year old president Paul Biya. Our chief intelligence officer in Bamenda reported that Cameroon government army soldiers are now being promoted to senior ranks after leading operations in the crisis hit South West and North West.

Horrifying: This image shows a young mother and her child killed in Ngarbuh with bullets lodged in their brains

Several Southern Cameroonians who have fled the territory have told of the horrors suffered by civilians caught in the French Cameroun genocidal campaign, describing it as hell beyond hell. Many women and children in both the North West and South West regions have been killed by Cameroon government soldiers and their wounds followed disturbing patterns.

Medics at the Bamenda Regional Hospital contacted by Cameroon Intelligence Report revealed that some of the women and children receiving treatment at the facility were shot to the groin, the left chest and neck. A physician who spoke to us but sued for anonymity said in his 12 years volunteering in the Congo, this is the first time he had witnessed pregnant women being targeted.

He described the 4 women patients from Ngarbuh who were brought to Bamenda with support from the Roman Catholic Church saying that the women were all shot through the uterus.

The civil war in Southern Cameroons is showing no evidence of slowing down as Cameroon government army soldiers are clashing with Ambazonia Restoration Forces. Recent clashes saw the killing of dozens in Muyuka and Bui County, including one of Southern Cameroons top self defense officers, General Cha Cha.

The level of barbarism being perpetuated by Mr Biya’s military and his government militias as they pursue their genocidal war and scorch earth policy to completely annihilate the Southern Cameroons (Ambazonia) is alarming. So far, as a result of the on-going genocide in the Southern Cameroons (Ambazonia), an estimated 20,000 people have been killed, over 280 towns and villages have been burnt down, over 120,000 people are seeking refuge in Nigeria and further afield, over 1 million people are internally displaced or living in bushes and over 3,000 persons incarcerated in prisons and detention facilities. 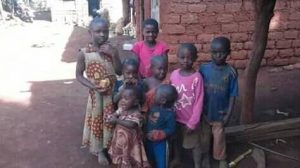 It is also reported that over 4.5. Million people are at risk of famine. One thing we know for sure is that Mr Biya and his military and private militia will be held accountable for these crimes. While not exonerating Ambazonian self-defense forces, we also know that Mr Biya’s government is doing everything through its private militia (popularly known as Atanga Nji Boys) to commit atrocities and link them to self-defense forces, so as to evoke international sympathy. Only an independent fact-finding mission can establish the facts and thus far, Mr. Biya’s government has resisted all requests by independent humanitarian organizations to visit Southern Cameroons and establish the facts.

International efforts are growing to convene peace talks but French government support for the regime in Yaounde is preventing any rare agreement among global powers.