French President Emmanuel Macron is set to undertake a two-nation tour of West Africa, the presidency disclosed on Tuesday. He is expected to visit Ivory Coast before proceeding to Niger.

His visit to Niamey has been described as a short one on December 22, when he is supposed to meet his Nigerien counterpart Mahamadou Issoufou. It will be the first meeting between the two since insurgents killed 71 Nigerien soldiers last week.

Macron will spend a few hours on site for a ceremony to pay tribute to the 71 Nigerien soldiers, the statement added. The trip to Ivory Coast is scheduled for between December 20 and 21. He will also meet with counterpart Alassane Ouattara whiles in Abidjan.

In 2017, the president spent his birthday (December 22) with troops stationed in Niger. It remains to be seen whether he will visit troops while in Niamey. 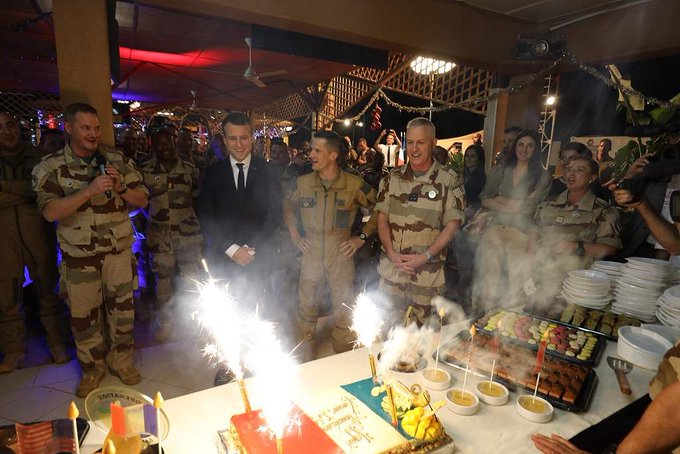 Macron’s meeting with President Issoufou will allow them to prepare for the security meeting scheduled for the town of Pau (southwest of France) on January 13. The meeting is to be attended by presidents of the five countries of the Sahel.

The two leaders agreed earlier this month to postpone the meeting scheduled for late December. It was called in the wake of an incident that killed French soldiers serving in Mali.

This summit was requested by the French president who said he wanted his Sahelian counterparts to give clearer support to the French military presence in the Sahel. Macron said anti-French sentiments had spiked as a result of its Sahel mission.

‹ On eve of impeachment, Trump lashes out at Pelosi, Democrats › Biya, money, morality and State-owned enterprises in French Cameroun