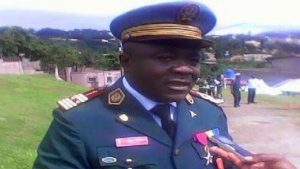 A senior Cameroon army officer, Lieutenant-Colonel Ele Ghislain Joel Mboutou, currently serving as military attaché at the Cameroon embassy in the Kingdom of Morocco with jurisdiction in Tunisia and Libya has been summoned to Yaoundé by the president of the republic.

In a correspondence addressed to Colonel Joel Mboutou via the Minister Delegate at the Presidency of the Republic in charge of the Defense, the Commander-in-Chief of the Cameroon armed forces stated that the supreme military council was interested in knowing details of the scandal created following the arrest of the said Colonel in Paris last April in possession of large sums of money which was intended for the acquisition of real estate for the current Minister of Transport, Edgard Alain Mebo Ngo’o.

Lieutenant-Colonel Mboutou was apprehended at the Roissy Charles de Gaulle airport in France on the 4th of October with 700 000 Euros by French Homeland Security. Cameroon Intelligence Report was reliably informed that the scanner at the airport revealed that the Cameroon military official’s briefcase contained a large sum of money. French secret service officers gave him a kind of scot-free passage but tailed him to his hotel at Georges V not far from the Champs Élysée where he was staying and arrested him with an estimated sum of 1 million 300 thousand Euros.

Cameroon Intelligence Report’s Paris bureau chief, Chi Prudence Asong who contributed to this report observed that Colonel Mboutou has a diplomatic passport that allowed him escaped French justice. Lieutenant-Colonel Mboutou will be interrogated in the next hours in Yaoundé by a panel that will include the Head of State, Paul Biya. 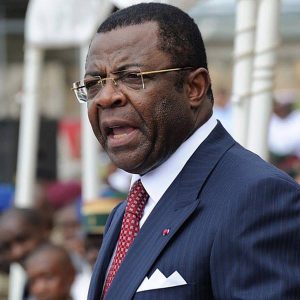 ‹ Avant-goût: Yaounde makes public a preview of the opening ceremony of the women’s AFCON › US Justice Department is launching an investigation into spike in hate crimes