Despite efforts by the international community to obtain a ceasefire in Cameroon, the country’s two English-speaking regions are still witnessing extreme violence, with most of it orchestrated by the government.

Over the last month since the Coronavirus showed up on the country’s shores, the government has been slaughtering its citizens, especially in the North West region where Ambazonian fighters are protecting their positions.

The government does not seem to comply with the terms and conditions of a ceasefire negotiated by the United Nations.

Over the last four years, the Yaounde government has diminished the population of the two English-speaking regions by spraying bullets all over the place, in total disregard for calls by the international community for a negotiated settlement.

In many cities across the two English-speaking regions of Cameroon, government officials have been chased away and many of them are facing death sentences for conspiring with the enemy to kill innocent women and children.

Even the people’s representatives such as senators, parliamentarians and other elected officers live in fear as armed gunmen could always spring surprises.

This was what actually happened on Sunday, May 10, 2020, in Mamfe, a border town in the Southwest region where the town’s mayor, Presley Ojong, was brought down by gunmen executing an order from their commanders. 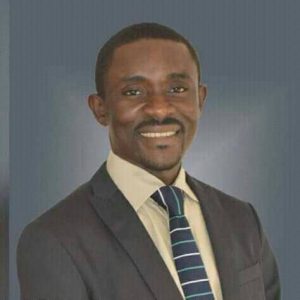 The 34-year-old mayor took office a few weeks ago after participating in an election that was banned in Southern Cameroons and boycotted by all major opposition parties due to massive fraud and corruption by the ruling Cameroon Peoples Democratic Movement (CPDM) led by the absentee and alcohol-inflammed president, Paul Biya.

The CPDM is outlawed in Southern Cameroons because it is considered a crime syndicate and a terrorist organization that has no place in the 21st Century.

The conflict, that has pitted the country’s English-speaking minority, has already claimed more than 6,000 lives, with more than 2,000 soldiers losing their lives in the two regions.

The fighting for the total liberation of Southern Cameroons has plunged the country’s economy into the doldrums, with thousands losing their jobs as many corporations are obliged to fold up.

Many state-owned corporations such as PAMOL, CDC and SONARA are currently facing difficulties. Things will certainly continue to look south as the government rejects calls for a negotiated settlement.

PAMOL has been shut down and it will take huge amounts of money to bring it back to working condition. The Cameroon Development Corporation (CDC), for its part, is really struggling. The country’s second largest employer is clearly staring down the barrel of bankruptcy.

Most of its workers have fled their duty stations just to avoid threats by Ambazonian fighters who frown upon those they consider as enablers.

Anybody working for the Yaounde government is considered an enabler and is automatically handed a death sentence.

SONARA, for its part, is witnessing diminishing operations as a huge portion of the refinery was brought down by a huge fire whose origin is still unknown and questionable.

Economic experts hold that SONARA’s cessation of activities will lead to a drastic decline in government revenue and, over the long term, the country’s GDP will decline by at least 5 percentage points.

The violence in the two English-speaking regions of the country has struck fear in many people. Even senior government officials such as Peter Mafany  Musonge, a one-time prime minister;  George Tabetando, the chief of Bachou Ntai; and many traditional rulers who stand with the Yaounde corrupt government have been duly advised by the armed groups  to continue enjoying their exile in Yaounde.

Many of these officials have death sentences hanging over their heads like swords of Damocles. They have prizes on their heads and this makes them attractive to the Ambazonian fighters who really want to earn the money.

Though the focus is now on the Coronavirus, the international community should not forget about the Southern Cameroons crisis that has created over a million refugees and internally displaced persons who are living rough wherever they are.

The Biya government does not believe in peace and this is making it hard for the violence to end.

Both sides are still committing atrocities and today’s killing of a young mayor only serves as a reminder that the region remains unsafe and tense despite the ceasefire called for by the international community.