FECAFOOT and Toni Conceicao Contract: Another reason why Ambazonians won’t come back! 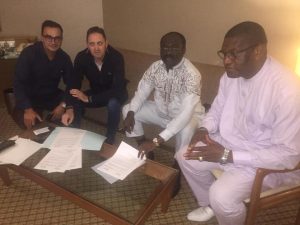 Cameroon hired former Portugal international Toni Conceicao as its new national team coach. Toni put pen to paper in a deal that was made public by the ministry of sports.  António Conceição da Silva Oliveira, was given a two-year contract replacing Dutch legend Clarence Seedorf, who was fired after a second-round exit at the 2019 Africa Cup of Nations in Egypt.

However, a lot of tongues have been wagging following the manner in which the process was teleguided. Corruption that has eaten into the cultural, political and economic aspects of the Cameroonian life was in display.

The whole process was francophonized and undermined the pedigree of Cameroon as a football nation. Cameroon Intelligence Report can now reveal that no proper consultation was carried out and no vetting process took place under the direct supervision of the Cameroon Football Federation (FECAFOOT).

Toni was reportedly ferried to Yaoundé on a private jet and lodged in a VIP apartment at the Yaoundé Hilton Hotel from where he met with Cameroon’s corrupt football officials and signed his lucrative contract that will see him operate from Europe and only travel to Yaoundé during international football matches. 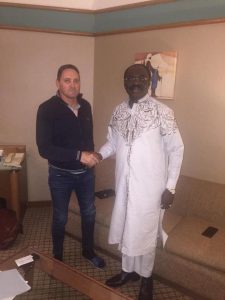 The António Conceição da Silva Oliveira deal is understood to be everything including the paying of bribes to FECAFOOT officials in return for some European favours. It also involves a wide range of commercial deals that Cameroon football CPDM bureaucrats will enrich themselves.

French Cameroun corruption in football has in itself a many-faceted phenomenon and a nasty history which includes actors, initiators and profiteers, how it is done, and to what extent it is practiced. Both FECAFOOT and Mr Toni’s team are keeping the financial engineering of the deal like a nuclear secret.

US: President Trump ally Roger Stone sentenced to over 3 years in prison